I am hosting two authors for my BLOG HOP TOUR.

In the tradition of novelists, my life has been a rich drama, always interesting, often rewarding, but sometimes balanced on the edge of tragedy.

My short story is this: I lived the American Dream. I came from an old East Coast family whose roots went back to the Revolutionary War. Once we were wealthy, but misfortune (prolonged illness and the Great Depression) ended that. I started at age 12 picking blueberries in NJ for eight cents a pound, attended good colleges on scholarships, and enjoyed a long career in High Tech.

The longer version: I graduated with honors from Georgia Tech and was awarded a full Fellowship to get my PhD in Electronic Engineering, well on my way to a career in research until life got in the way. The Vietnam War was raging and good technologists were in high demand. Not for research: for application.

I soon found myself riding in the back of military aircraft, trying to make prototype electronic intelligence (ELINT) and weapons systems work. I was also the kid in the back of the room at classified briefings attended by high officers, and, sometimes, the SECDEF himself. They called it “Special Ops.” That’s what my friends did, and some were heroes. But Vietnam convinced me I needed a career change.

With friends investing their combat pay, I started a company and produced the first useful automobile radar detector. We called it “The Snooper,” and it made Playboy and the legendary Cannonball Baker Race. You can see one in the classic movie, Gumball Rally. Not dubbed, it has the actual sounds of finely-tuned vintage Ferraris and  Cobras echoing through the canyons of New York City at full throttle.

After selling that business, I worked for large firms, most notably Tektronix. They paid me to learn new things. I left Tek in the late 80s to form a consulting business, The Trudel Group. Clients included Intel, Hewlett Packard, the Naval Postgraduate School, and others all over the world. It was a wild and interesting ride, but, ah, intense…. 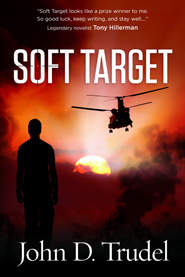 Eventually, I promised my wife I’d retire and write fiction. God’s House was published in 2011, Privacy Wars in 2012, and Soft Target in 2013. All won National Awards.

I am honored to participate in this blog hop tour that includes many fine authors. These tours are a fascinating avenue for spreading the word about what we authors are doing and about who we are. I want to thank Joe Badal, author of ULTIMATE BETRAYAL, for inviting me to participate here

What am I working on?

My fourth novel, Raven’s Run, will be out in September. I’m reaching deeper on this one and am very interested to see what my readers think.

A patriotic rogue agent, RAVEN, is saved by JOSIE, a gentle woman with mystic powers. When he is terminated with prejudice by the government, they must work together to rediscover censored history, expose high treason, solve two historic assassinations, and prevent an apocalyptic attack that would destroy America.

“John D. Trudel knows his way around a good story. Raven’s Run serves up a giant helping of fascinating history along with memorable characters and hair-raising suspense. Bravo.”

How does my work differ from others of its genre?

There are many fine authors writing Thrillers and Suspense. We have one thing in common: Words. I loved quantum physics and was taught that the world is made of atoms, and later, quantum vibrations, energy. But I’ve now come to think that’s mistaken. The world is made of words.

Like most Thrillers, mine have action, espionage, and military conflict. The genre often features superhuman heroes and plot lines that put blood on every third page. Sometimes the heroes and villains are a lot alike. My books are not like that.

I put in real history, real science, and I feature heroes forced to make hard choices under desperate circumstances. My characters must gain knowledge, solve problems, and do exceptional things to prevail or even survive. They do this in the context of right and wrong.

My view is that the conflict between good and evil is eternal. That’s what I write.

The Hero’s Journey to prevail against the DARK SIDE goes back to the dawn of Western Civilization. Many books and films in my genre are now replete with violence and action, but they contain few moral lessons or things to make you think. One producer said, “Good Television is based on bad behavior.” My books are not.

My novels fall into the space that best-selling author Brad Thor calls “faction.” Our Thrillers crash into reality, as world events impinge. What novelists imagine can become real, and oppressive. Privacy Wars predicted the NSA and IRS scandals.

My most recent book, Soft Target also crashed into scary reality. It features a major bioweapons attack on America, an attack invited, aided, and abetted by a group of leaders in Washington. That was fiction.

Reality is that we are now importing an invited flood of illegals from all over the world, some of which are carrying contagion, including possibly the Ebola virus. Our borders are porous to terrorists and plague carriers, and we are dispersing possibly infected illegals widely. A friend in the Border Patrol reports his colleagues are staying in motels rather than taking chances of infecting loved ones. Yikes.

The edge of reality can be a dangerous place for novelists. One of Brad’s books got him a death fatwa. Michael Crichton got death threats for his prescient book State of Fear. Solzhenitsyn went to the Gulags, but was eventually allowed to immigrate to America.

Why do I write what I do?

This is an excellent, eternal question. One famous writer answered it, “Because I must.” Others have advised, “Write what you know.” My whole life has centered on threats and opportunities from new technology. That’s what I’ve lived, and that’s what I write.

How does my writing process work?

I wish I had a pat answer. Before I wrote novels, I thought I was a good writer. It was a key part of my platform as a High Tech consultant. It would be silly to knock on the door at an IBM or Intel and say, “Pay me a bunch of money and I will help you prosper.”

Better that they come to me, so I wrote and lectured about innovation. I authored two well-received books, and hundreds of columns for national magazines.

I thought: How hard could it be to write good Thrillers?

The answer:  “Very hard.” It took me ten years! Along the way I attended writing conferences, took seminars, and studied techniques. I also talked with a number of successful authors.

My conclusion: There is no “magic bullet.” Successful authors are individuals, and each has a creative process that works for them.

When I was first getting started I tried all the techniques: Outlines, story arcs, scene cards, motivation through emotion, how to craft scenes, how to build worlds, how to write compelling characters, and on and on.

Some techniques were helpful, but in the end you develop your own voice, and your characters come alive. Good craft is a journey, not a destination.

About the time you get published, the day comes when your characters say, “No way would I ever do that.” And off they go in some unexpected direction….

The better you write, the deeper you go, the more you learn. A good story resonates with truth, and I think you must honor it. A successful writer told me, “At the top level, you can’t write unless it’s your truth. Characters are not you, but they are of you.”

I’m coming to believe that’s true for me and for the type of stories I write. Stories and life shapes us as authors, and then we can shape stories, and perhaps life.

To me, the world is made from words. But for you, it may be different. Each author is different. For me, at the top level, the author and the story are intimately related.

Others may disagree, and there are many counterexamples. For example, J.K. Rowlings wrote Harry Potter, but under a pseudonym, Robert Galibraith, she writes best-selling, dark detective stories, and in very different style.

I once told her publisher, “I promise you, I am not J.K. Rowlings.” And I’m not.

HERE ARE THE TWO AUTHORS I AM FEATURING. They will host their own Blog Hop Tours soon, probably on August 25. 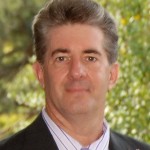 Mark Terence Chapman is the author of three SF action/adventure novels: The Mars Imperative, The Tesserene Imperative, and Sunrise Destiny. His fourth, My Other Car is a Spaceship, will be out later this month. The Mars Imperative is the story of a young man, going to his first job in space. If he survives the trip then there’s the planet itself: a place of planetwide dust storms, rockslides, near-vacuum–and a terrorist. But there’s great discovery to be made, one that could open Mars to terraforming–if it doesn’t kill everyone first. 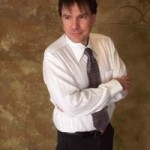 Gary Starta is a former journalist who studied English and Journalism at the University of Massachusetts in Amherst.

His love for science fiction compelled him to write his first novel What Are You Made Of? Inspired by Isaac Asimov, this science fiction novel focuses on intelligent artificial life and whether sentient androids should possess the same rights as humans. Gary’s written 9 novels: The latest is Blood Web.

1 Response to I am hosting two authors for my BLOG HOP TOUR.