The DARK side of political correctness: Gleichschaltung 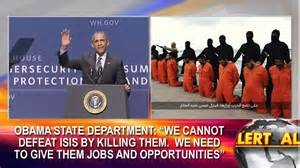 I’m feeling like Americans are sitting in the Eye of the Storm, hunkered down, waiting to be hit again. The 2014 Elections are past (and disastrous for Obama), and now we wait for the feckless Republicans to face off against him as he continues to create crisis and rule by Executive Fiat.

This note, from a friend who chooses to be anonymous, got me to thinking. Truly we live in interesting times. Good luck to us all, and may God Bless America.

Gleichschaltung  (“coordination”, “making the same”, “bringing into line”), is a German term for the process by which the WWII regime successively established a system of regulatory control and coordination over all aspects of society.

The historian Richard J. Evans translated the term as “forcible-coordination” in his most recent work on Nazi Germany.  Among the goals of this policy were to bring about adherence to a specific doctrine and way of thinking and to control as many aspects of life as possible.

It’s going to become very attractive to use this term to describe the Obama administration’s nationwide standards of education and practice.

Note that Islam already has this. This is in direct contrast to the intentions of the Founders who desired the United States to serve as multiple separate laboratories for social experimentation, within limits set by federalism.  In the marketplace of ideas, citizens could vote locally and if necessary with their feet.

It seems to me that we should resist Gleichschaltung in principle if there is no overwhelming national interest.  To fail to do so risks fascism. Another German word that we have imported is schadenfreude, the pleasure experienced at the misfortune of another.  Most benignly, the laugh at a pratfall.

The current administration may be experiencing a more refined, perhaps more complicated, example of the emotion.  Common Core.  Obamacare.  Definition of marriage.  Dietary regulations for children. What words we are allowed to use.

In the aftermath of Katrina, FEMA sent volunteers to Atlanta for training in diversity and sensitivity (had they needed that, they wouldn’t have volunteered).  The Community Reinvestment Act of 1977 required banks to lend to less-than-sound borrowers, subsequently enforced and expanded by agencies including the Office of Thrift Supervision, resulting in the housing bubble disaster of 2008.

In 2009 the Labor Dept. delayed “shovel-ready” jobs for a year while trying to accommodate disparate prevailing-wage-rate contracts for labor unions in 3,000 counties.

This is madness. It is also the New Normal.