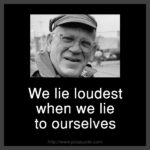 Eric Hoffer, the famous writer, anticipated the tone and language of the 2016 campaign and the post-election hysteria.

This OP ED, by Reuven Brenner, appeared in the Wall Street Journal on February 27, 2017, shortly before Trump’s “best ever” first speech to Congress.

I paid close attention because my Thriller Novels have twice been finalists for the prestigious Eric Hoffer award. A thriller has never won this award, and to even be a finalist is a great honor.

Here is a link to my awards, here is  link to the WSJ article, and here below is the text of the article.

“Scratch an intellectual, and you find a would-be aristocrat who loathes the sight, the sound and the smell of common folk.” Those words might have been written last year, as an explanation for Donald Trump’s rise or a rejoinder to Hillary Clinton’s denunciation of “deplorables.”

In fact they were published in November 1970 and written by Eric Hoffer, the “longshoreman philosopher,” who was best known for his slender 1951 classic, “The True Believer: Thoughts on the nature of Mass Movements.” The 1970 essay, under the headline “Whose Country Is America?,” eerily anticipated not only the political events of 2016 but the tone and language of last year’s campaign and the anti-Trump hysteria since Election Day.

Hoffer started his analysis with “the conspicuousness of the young”—that is, the baby boomers. “They have become more flamboyant, more demanding, more violent, more knowledgeable and more experienced,” he wrote. “The general impression is that nowadays the young act like the spoiled children of the rich.”

He attributed those developments to the “ordeal of affluence,” which threatened social stability. Wealth without work “creates a climate of disintegrating values with its fallout of anarchy.” Among the poor this takes the form of street crime; among the affluent, of “insolence on the campus”—both “sick forms of adolescent self-assertion.” As a result, “‘men of words’ and charismatic leaders—people who deal with magic—come into their own,” while “the middle class, lacking magic, is bungling the job” of maintaining social order.

The “phenomenal increase of the student population”—enrollment in colleges and universities would more than triple between 1958 and 1978—created a critical mass: “For the first time in America, there is a chance that alienated intellectuals, who see our way of life as an instrument of debasement and dehumanization, might shape a new generation in their own image.”

The problem for society is “that the alienated intellectual does not want to be left alone,” Hoffer wrote. “He wants to influence affairs, have a hand in making history, and feel important.” The country continued to be plagued by problems “like race relations, violence, drugs.” Common people, however, “know that at present money cannot cure crime, poverty, etc., whereas the social doctors go on prescribing an injection of so many billions for every social ailment.”

No historian, political scientist or journalist of the past 60 years has predicted the current moment with such accuracy. Others should have. Behind Hoffer’s analysis is a view of history that dates to ancient Greece, especially to the historian Polybius. It’s a warning that affluence condemns younger generations to political decline unless institutional checks and balances, combined with education for civic responsibility, are rigorously preserved.

The Founding Fathers were mindful of that danger. The checks and balances they devised were designed to avert long-term decline, not merely short-term abuses of power. John Adams devoted a chapter in “A Defence of the Constitutions of Government of the United States of America” to Polybius’ discussion of the theme. During the Constitutional Convention, Alexander Hamilton drew on this view too. At one point Benjamin Franklin expressed frustration that the convention had diverted too much into debates about Greek classics.

What finally upset the delicate balance that the Founders had set? Polybius left a place in world affairs to Tyche, the goddess of chance. Not for the first time in history, demographic change played that role. Whether the shock of the Trump election will yield a rebalancing or a further unsettling, time will tell.

In the less stratified America of 1970, the combination of Hoffer’s erudition and his aversion to elitism was not as unusual as it seems today. Even John F. Kennedy had been skeptical of intellectuals. Arthur Schlesinger noted that JFK had “considerable respect for the experience of businessmen,” which “gave them clues to the operations of the American economy which his intellectuals, for all their facile theories, did not possess.”

Hoffer concluded: “We must deflate the pretensions of self-appointed elites. These elites will hate us no matter what we do, and it is legitimate for us to help dump them into the dustbin of history.” Most surprising today may be where this sentiment appeared—in the pages of the New York Times.

Mr. Brenner is a professor at McGill University and author of “History: The Human Gamble” (1983) and “The Force of Finance: Triumph of the Capital Markets” (2002).

4 Responses to The ‘Longshoreman Philosopher’ Saw Trump Coming in 1970