What do Terrorism and Voter Fraud have in common in America?

The answer will surprise you.  Both are Federal Crimes. Neither is prosecuted under the Obama Administration.

Last week Al Sharpton embraced convicted vote fraudster Melowese Richardson at a “voting rights” rally in Cincinnati.  The United States Department of Justice under Eric Holder has done nothing to Melowese Richardson 410 days after she admitted on camera that she committed multiple federal felonies by voting six times for President Obama’s reelection. 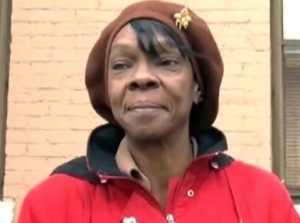 Federal law makes it a felony to vote more than once for President.  In fact, 42 U.S.C. Section 1973i(e) subjects Richardson to twenty-five years in federal prison for her six votes for Obama.

The lack of DOJ action against an unrepentant federal vote fraudster combined with Richardson’s lionization by Sharpton and the organization that sponsored the rally demonstrates how the Justice Department is facilitating a culture of brazen criminality on the eve of the 2014 midterm elections.  The failure to indict Richardson is the latest example of Holder’s department excusing lawlessness in federal elections and abandoning law abiding Americans.

Melowese Richardson was charged with state voter fraud crimes in Ohio.  She was found guilty and sentenced to five years in prison on July 7, 2013. Unfortunately, instead of serving five years, Richardson was set free after only eight months.

A state court judge dismissed her May 2013 conviction and five-year prison sentence and allowed her to plead no contest to four counts of illegal voting, the same charges for which she was convicted.

Richardson was represented by the George Soros-funded Ohio Justice and Policy Center, which claimed she suffered from bi-polar disorder.  No claim was made that she was insane when she committed her election crimes.  Nor was any effort made to establish her insanity.

Her mental state was healthy enough to appear at a rally this week with Al Sharpton where she received warm applause and a hearty embrace by Sharpton.

Federal criminal charges, even after a state court conviction, do not implicate double jeopardy. The Justice Department routinely charges criminals who were previously subject to state charges.  The Justice Department’s US Attorney’s Manual spells out the three tests for a federal prosecution of Richardson, standards which are easily satisfied.

First, the matter must involve a substantial federal interest; second, the prior prosecution must have left that interest demonstrably unvindicated; and third, applying the same test that is applicable to all federal prosecutions, the government must believe that the defendant’s conduct constitutes a federal offense, and that the admissible evidence probably will be sufficient to obtain and sustain a conviction by an unbiased trier of fact.

Federal charges against Richardson easily satisfy DOJ guidelines.  There is a unique federal interest in ensuring voter fraud does not taint the election of the President and Congress.  Second, the federal interest in having valid elections for President and Congress remains unvindicated; Richardson walks free and is now being cheered at rallies. Last, Richardson admitted on camera that she committed multiple federal felonies and her handwriting matched the ballot applications that were sent to her house.  Game, set, match.

DOJ doesn’t hesitate to bring federal charges against local police officers.  For example, when a policeman receives a light sentence in state court after allegedly employing excessive force against a citizen, the DOJ Civil Rights Division is keen to initiate federal prosecution to exact its own federal pound of flesh against that officer.  But the failure to prosecute Richardson demonstrates that criminal behavior which aids the reelection of President Obama receives very different treatment.

Federal charges against Richardson for voting for Obama six times can be initiated by Assistant United States Attorney Anthony Springer, who serves as the District Election Officer (DEO) in Cincinnati.  U.S. Attorney Carter Stewart could also initiate charges, as could the Public Integrity Section in Washington D.C., or even Eric Holder himself.

Ohio Votes sponsored the rally where Richardson appeared with Sharpton.  According to their website, it is a “year-round, statewide, nonpartisan 501(c)(3) voter mobilization initiative. It galvanizes nonprofits based in low income Ohio communities to increase voter participation and join efforts for fair elections.” The umbrella organization received $1,886,723 in government grants in 2012.  The organization’s tax returns state the group exists to change “onerous voting laws” and that it focuses on “educating voters on the mechanics of how, when and where to participate in early voting for the Presidential election.”

The IRS continues to provide the group 501(c)(3) tax exempt status despite its active role in the reelection of the President, and its embrace of election criminals.

So what does the Obama DOJ spend its time, energy, and overwealming legal powers doing? The record shows a long record of race-baiting and cover ups.

The cover ups range from the IRS to Boston to Benghazi. The Obama DOJ’s race-baiting has effected our the ability of states and local police to secure our borders and prevent gang carnage in our cities. Here is what Wall Street Journal recently said about the Eric Holder legacy:

“Mr. Holder also turned Justice into a routine instrument of social and racial policy. Under the former head of the Civil Rights Division, Thomas Perez (now Secretary of Labor), Justice used “disparate impact” analysis to force racial adjustments on cities, police and fire departments and banks. The settlements were not based on proven racial discrimination, as traditionally required, but on arcane statistical analyses.

In July 2012 the Attorney General invoked the specter of Jim Crow amid a presidential campaign. In a speech to the NAACP, he likened voter ID laws to “poll taxes,” an argument rejected by the Supreme Court in 2009.

As a footnote, don’t forget Mr. Holder’s unprecedented investigations of journalists, such as Associated Press writers and Fox News reporter James Rosen, under the Espionage Act.