While Obama disarmed America, [our enemies] have been expanding in every area. How did this happen?

I have had posts up for some time on my blog (here and here) about Obama’s Massive Purge of America’s Military Leaders, and also about how our military itself has been disappearing as a war fighting force.

What is left of it is hollowed out. Instead of the congressionally mandated 11 Carrier Attack groups that were operational when Obama took office, we are left with only three, and these are understrength. The same has been happening to the Air Force — especially our Nuclear weapons – except for our silo based missiles, which are no longer a serious strategic deterrent, given the orders of magnitude improvement in the accuracy of smart weapons since they were deployed half a century ago.

“While Obama disarmed America, [our enemies] have been expanding in every area.” 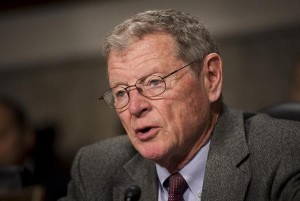 Here is a link to Inhofe’s recent testimony. If America is at risk, this should be an explosive issue, but it’s gotten almost no mention in the media or in Congress. I have gotten many questions from my blog force about, “How can this be?”

Good question. I am but a Thriller novelist. I can speculate, but have no proof. This is an issue (one more issue) that it would take a Select Committee with subpoena powers to sort out.

The best source I could find is – not surprisingly – the Israelis. What with radical Islam and jihad on the rise, the Cold War being rekindled, and Russia occupying the Ukraine, they have GOT to be more nervous than a long tailed cat in a room full of rocking chairs, and for good reason. See below.

The other question I get is, “Who is behind this?” My guess: George Soros, who many think is the puppet master who pulls Obama’s Strings. Soros helped get Obama into the White House and he funds groups who help craft Obama Administration strategy.

Soros was also a key player in the Arab Spring, and is behind the notion that terrorists should be treated as ordinary criminals – as Obama now does routinely, Ft. Hood and Boston being recent examples.

The purging and downsizing of our Military was masterfully done. Obama’s fingerprints are NOT on it. Instead, a former Conservative Republican, former Senator, and a Vietnam Vet, Chuck Hagel was (and is) the designated hitter to diminish our Military.

Unlike, say, John Kerry – who, along with Jane Fonda, is hated by Vietnam Vets – Hagel had honorable service. How was he induced to be the hatchet man? I do not know.

I do know this: If you are still thinking that America is a super power and the world is a safe place for Freedom, it is time to do some research and reconsider.

TEL AVIV – Secretary of defense nominee Chuck Hagel sits on the small board of a peace fund that finances an international “crisis management” group that long has petitioned the Algerian government to cease “excessive” military activities against al-Qaida-linked jihadists, WND has learned.

The organization, the International Crisis Group, or ICG, called on Algeria to grant legitimacy to the very al-Qaida-linked group reportedly behind the kidnapping of about 40 foreign hostages, including several Americans, at a natural-gas field in Algeria.

ICG petitioned for the Islamist group to participate in the Algerian government.

Hagel serves on the board of The Ploughshares Fund, a George Soros-financed fund that pushes for a nuclear-free world.

The Ploughshares Fund identifies itself as a “publicly supported foundation that funds, organizes and innovates projects to realize a world free from the threat of nuclear weapons.”

The fund calls itself “the largest grant-making foundation in the U.S. focusing exclusively on peace and security issues.”

Since its founding in 1981 by San Francisco philanthropist and activist Sally Lilienthal, Ploughshares says it has awarded many hundreds of grants “whose aggregate value exceeded $60 million.”

One of the groups funded by Ploughshares is ICG.

Soros himself funds ICG directly via his Open Society and also sits on ICG’s executive committee which consists of eight members.

ICG long has petitioned for the reformation of the Algerian government and for the inclusion of Islamist political parties, including two groups that seek to turn Algeria into an Islamic state.

1 Response to While Obama disarmed America, [our enemies] have been expanding in every area. How did this happen?