(As written, with minor typos corrected) 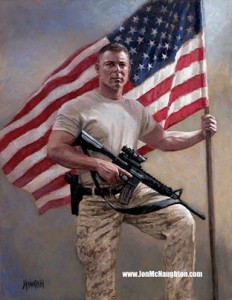 This thoughtful and well written response to my posting about America’s Declaration of Independence made me reflect. Each time we allow our own freedoms to be weakened here in the United States, we lose something vital. Perhaps the harm does not stop at our own borders. Perhaps people all over the world also lose a tiny bit of hope and a small piece of their own freedom.

Too many in our own government seem to prefer exactly the type of big brother situation the writer describes. And some days I think they are having far too much success at moving us in that direction….

This is in the form of a reply to your initial posting of: The 4th of July

Have you ever wondered what happened to the 56 men who signed the Declaration of Independence?

So, take a couple of minutes while enjoying your 4th of July holiday and silently thank these patriots. It’s not much to ask for the price they paid.

Sometimes we Europeans do think of the American war of Independence in a different light to our cousins across the pond. But in most cases it is reduced to a superficial level as it is with all peoples. We similarly and unfortunately mark the Gunpowder Plot, Christmas and the many other historic calendar events in the same celebratory and superficial manner. We forget the truths and sacrifices behind those dates.

The declaration of Independence heralds in our minds the start of the war of England against America.

A war that never really happened!

Because at that time there was no America.

That is not just a semantic or legalistic point, it is crucial to understanding the courage and fortitude of the signatories of the declaration of independence.

It is relatively easy to agree to fight a foreign aggressor, when most of your peers are with you. It is much more difficult and courageous to adjudge your own government to be despotic and to try to raise an opposition against an entrenched and capable hierarchy. In that situation you are not just risking life and limb, or even property; but also honour and the approbation of those you love and esteem. Perhaps even more difficult, you are going against the fabric of the society in which you exist, that is real courage.

So I say we do revere the (American) declaration of independence here in Europe, not for the birth of a nation, because that was almost irrelevant; but because it was a siren call for freedom. A call as fresh today as it has ever been.

Freedom is for the individual and his family, not for the state. The apparatus of the nation must serve the people, not provide a mechanism for the people to serve the state. Russia and its satellites have only recently found out this fundamental truth. Kennedy in his ringing oration ‘Ask not what your country can do for you, But rather ask what you can do for your country’, was absolutely and fundamentally wrong. The state is there only to serve the people, not the other way around. That is its sole and only purpose. Jingoism and undue state adulation can be positively harmful, if that support is unequivocal, uncritical and unthinking. People must only ever serve other people; the state is just a tool to support that quest.

Once the state becomes the objective, then human purpose, love and honour are lost. We fashion tools to do our work. If ever we, or our work, start to serve our tools, then we will have lost our way. Remember states are tools of our civilization; we should never, must never, be tools of the state.

Because governments in the West; and in particular in the Community of Western Europe have apparently forgotten the basis of those declarations; which is:

The Freedom of the Individual

In the name of the European Communities best interest, the individual will soon be photographed from every lamppost and satellite, logged at every doorway and traffic island, checked when he opens his fridge or when he calls the vet. There will be a paper (or maybe electronic) trail for his every daily action.

Am I Joking? Look around the average high street in the UK, there is not an inch escaping CCTV surveillance. Do you really want to know the access that the security services have to your credit card transactions? Or the Bank security to your artificially intelligenced buying profile? Do you know that every commercial house informs the police of all transactions over $5000?

At least in 1984, George Orwell’s minions could provide some feedback to big brother. In Europe, the Commission has a conveyor belt, continuously disgorging a myriad of laws to regulate every facet of life, and of course to provide lifetimes of employment for future galaxies of functionaries.

Our forefathers at the time of the Magna Carta complained of Governmental intrusion and taxation in single fiscal figures, now we routinely acquiesce to governments controlling more than half our income. This is a Walter Mitty situation which we have gradually come to accept as the norm.

So why is the American Declaration of Independence important today to Europe? Because it was made by independent minded ‘Europeans’ who said to their OWN GOVERNMENT — ENOUGH! and were prepared to fight for their stance.

In the Millennium Year 2000, we need a European Declaration of Independence (and Individual Freedom), and soon.

Let’s get back to the Magna Carta.

Let us also hope that we still have at least 56 signatories left with us who are as brave and courageous as those we exported to the new country, so long ago. Do we need them now!