America can’t ICANN. Too bad for us: America’s Internet Surrender.

There have been persistent attempts to limit First Amendment Rights to public free speech. But  essentially unnoticed is the greatest threat of them all: Obama’s plan to give control of the Internet to the UN.

This would be done without approval by Congress. The Obama Department of Commerce plans to do it by the stroke of a pen and without public notice.

Some are saying this is the greatest tax increase and transfer of wealth in American history, but that misses a greater danger. The real threat is to free speech (and personal privacy) in or over Cyberspace. There are also serious national security issues.

The only good news: Congress can still block this if they move fast and assert themeselves. Here is what Wall Street Journal said on March 19, 2014 (Page A17).

By unilaterally retreating from online oversight, the White House pleased regimes that want to control the Web. 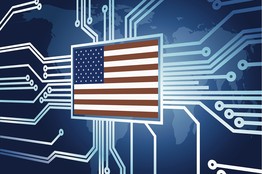 America Invented the Internet. Obama plans to give it to the UN.

The Internet is often described as a miracle of self-regulation, which is almost true. The exception is that the United States government has had ultimate control from the beginning. Washington has used this oversight only to ensure that the Internet runs efficiently and openly, without political pressure from any country.

This was the happy state of affairs until last Friday, when the Obama administration made the surprise announcement it will relinquish its oversight of the Internet Corporation for Assigned Names and Numbers, or Icann, which assigns and maintains domain names and Web addresses for the Internet. Russia, China and other authoritarian governments have already been working to redesign the Internet more to their liking, and now they will no doubt leap to fill the power vacuum caused by America’s unilateral retreat.

Why would the U.S. put the open Internet at risk by ceding control over Icann? Administration officials deny that the move is a sop to critics of the National Security Agency’s global surveillance. But many foreign leaders have invoked the Edward Snowden leaks as reason to remove U.S. control—even though surveillance is an entirely separate topic from Internet governance.

According to the administration’s announcement, the Commerce Department will not renew its agreement with Icann, which dates to 1998. This means, effective next year, the U.S. will no longer oversee the “root zone file,” which contains all names and addresses for websites world-wide. If authoritarian regimes in Russia, China and elsewhere get their way, domains could be banned and new ones not approved for meddlesome groups such as Ukrainian-independence organizations or Tibetan human-rights activists.

Until late last week, other countries knew that Washington would use its control over Icann to block any such censorship. The U.S. has protected engineers and other nongovernment stakeholders so that they can operate an open Internet. Authoritarian regimes from Moscow to Damascus have cut off their own citizens’ Internet access, but the regimes have been unable to undermine general access to the Internet, where no one needs any government’s permission to launch a website. The Obama administration has now endangered that hallmark of Internet freedom.

The U.S. role in protecting the open Internet is similar to its role enforcing freedom of the seas. The U.S. has used its power over the Internet exclusively to protect the interconnected networks from being closed off, just as the U.S. Navy protects sea lanes. Imagine the alarm if America suddenly announced that it would no longer patrol the world’s oceans.

The Obama administration’s move could become a political issue in the U.S. as people realize the risks to the Internet. And Congress may have the ability to force the White House to drop its plan: The general counsel of the Commerce Department opined in 2000 that because there were no imminent plans to transfer the Icann contract, “we have not devoted the possibly substantial staff resources that would be necessary to develop a legal opinion as to whether legislation would be necessary to do so.”

Until recently, Icann’s biggest controversy was its business practice of creating many new domains beyond the familiar .com and .org to boost its revenues. Internet guru Esther Dyson, the founding chairwoman of Icann (1998-2000), has objected to the imposition of these unnecessary costs on businesses and individuals. That concern pales beside the new worries raised by the prospect of Icann leaving Washington’s capable hands. “In the end,” Ms. Dyson told me in an interview this week, “I’d rather pay a spurious tax to people who want my money than see [Icann] controlled by entities who want my silence.”

Icann has politicized itself in the past year by lobbying to end U.S. oversight, using the Snowden leaks as a lever. The Icann chief executive, Fadi Chehadé, last fall called for a global Internet conference in April to be hosted by Brazilian President Dilma Rousseff. Around that time, Ms. Rousseff, who garnered headlines by canceling a White House state dinner with President Obama, reportedly to protest NSA surveillance of her and her countrymen, also denounced U.S. spying in a speech at the United Nations. Mr. Chehadé said of the speech: “She spoke for all of us that day.”

The Obama administration has played into the hands of authoritarian regimes. In 2011, Vladimir Putin —who, as Russia took over Crimea in recent days, shut down many online critics and independent media—set a goal of “international control over the Internet.”

In the past few years, Russia and China have used a U.N. agency called the International Telecommunication Union to challenge the open Internet. They have lobbied for the ITU to replace Washington as the Icann overseer. They want the ITU to outlaw anonymity on the Web (to make identifying dissidents easier) and to add a fee charged to providers when people gain access to the Web “internationally”—in effect, a tax on U.S.-based sites such as Google. The unspoken aim is to discourage global Internet companies from giving everyone equal access.

The Obama administration was caught flat-footed at an ITU conference in 2012 stage-managed by authoritarian governments. Google organized an online campaign against the ITU, getting three million people to sign a petition saying that “a free and open world depends on a free and open web.” Former Obama aide Andrew McLaughlin proposed abolishing the ITU, calling it “the chosen vehicle for regimes for whom the free and open Internet is seen as an existential threat.” Congress unanimously opposed any U.N. control over the Internet.

But it was too late: By a vote of 89-55, countries in the ITU approved a new treaty granting authority to governments to close off their citizens’ access to the global Internet. This treaty, which goes into effect next year, legitimizes censorship of the Web and the blocking of social media. In effect, a digital Iron Curtain will be imposed, dividing the 425,000 global routes of the Internet into less technically resilient pieces.

The ITU is now a lead candidate to replace the U.S. in overseeing Icann. The Commerce Department says it doesn’t want to transfer responsibility to the ITU or other governments, but has suggested no alternative. Icann’s CEO, Mr. Chehadé, told reporters after the Obama administration’s announcement that U.S. officials are “not saying that they’d exclude governments—governments are welcome, all governments are welcome.”

Ms. Dyson calls U.N. oversight a “fate worse than death” for the Internet.

The alternative to control over the Internet by the U.S. is not the elimination of any government involvement. It is, rather, the involvement of many other governments, some authoritarian, at the expense of the U.S. Unless the White House plan is reversed, Washington will hand the future of the Web to the majority of countries in the world already on record as hoping to close the open Internet.

Numerous voices are warning that this simple move could result in THE GREATEST AND MOST PERVASIVE TAX IN THE HISTORY OF THE WORLD. Unaccountable bureaucrats would be able to tax every digital transaction and communication in the world.

This would make the Stamp Tax of King George III that spawned the American Revolution historically insignificant. Taxing the Internet would be taxing the world, and, once in place, it would be all but impossible [short of perhaps dissolving the UN] to reverse.

A recent Wall Street Journal article titled “Get Ready for the Internet Robber Barons” said the best historical comparison dated back to the 13th Century. German Barons whose castles overlooked the Rhine, the primary channel of commerce and communications for central Europe, exacted tribute from every passing ship.

These Raubritter provided no real service, other than extortion. They were finally stopped only when the Rhine League, consisting of merchants and aristocrats, banded together to tear down their castles and hang them.

“If the United Nations ends up in charge and eager to tax, it would have a chokehold on the global economy. All this would start modestly, of course, and it would never be called a tax. Instead it might be some small fee associated with access to an obscure technical mechanism, or a small transaction charge for certain types of traffic. But if history is any guide, the run-up to big dollars will be stunningly rapid.”

One good petition to stop this.