How many jihadists now in America?

How many active jihadists are here in America? 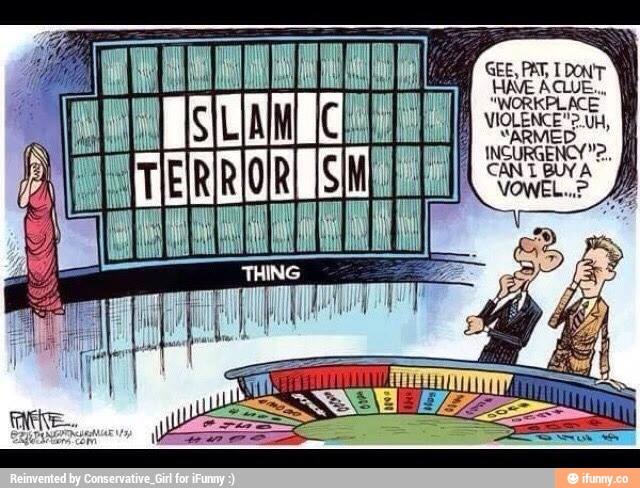 MUST READ – Our Gov’t is lying to us. FBI Data Reveal 7,700 Terrorist Encounters in USA in One Year!

There is a greater and a lesser jihad in Islam. A short discussion of this is in the back of my novel Raven’s Redemption.

Non-Muslims are being killed under the lesser jihad.  It has not been officially declared overall, but 10% of the 1.7 billion Muslims are jihadists. America is not at war with Islam, but Radical Islam is ascendant, inflamed by the Arab Spring.  These jihadists are at war with Western Civilization, especially America and Israel. We call them Islamic terrorists, as do most Muslims.

Here is a good link to a SHORT speech (5 minutes) about how many jihadist organizations are active in America, many with high level connections in Washington.

“In the last two years, 103 ISIS jihadists who mounted or planned attacks inside America have been arrested or killed.”

Six Things Obama does not want you to know about ISIS: Link

How many jihadists are here in America? How many terrorist attacks are we suffering? A lot, with many more to come. 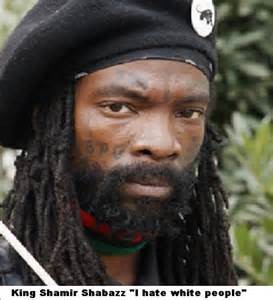 Muslim gangs recruit in our prisons. Data on what percent of our prison populations is Muslim is not available. GAO data on criminal illegals in prison does exist: “…the criminal alien population in federal prisons was around 27 percent of the total inmate population, and from fiscal years 2006 through 2010 remained consistently around 25 percent.” 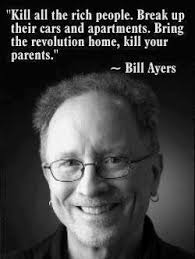 Return of the 60s riots?

Judicial Watch recently uncovered the reality that ISIS is in Mexico, just eight miles south of El Paso, Texas and Columbus, New Mexico– and they have help from the Mexican drug cartels.

While the exact location is unknown, the area is referred to as “Anapra,” west of Ciudad Juárez, Chihuahua, Mexico. Anapra is controlled by the drug cartel, Vicente Carrillo Fuentes Cartel (“Juárez Cartel”) and its “enforcement arm,” La Línea, and the Barrio Azteca gang, which ironically originated from El Paso jails.

And Ciudad Juárez is not the only location. West of it is another ISIS camp located in Puerto Palomas. The first group is training to target El Paso; the second, to target Columbus and Deming, New Mexico. Judicial Watch reports… 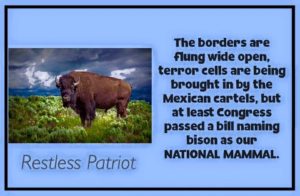 Cross check: The FBI reports 1,000 active investigations and known ISIS cells in all 50 states.  If you assume that the average cell is six (as in San Bernardino), and that the FBI (which missed the Boston Bomber, the Fort Hood killer, etc.) is tracking 10% of the active Islamic terrorists here, you get a number of 60,000 active threats.

Others have MUCH HIGHER NUMBERS. A poll taken June 1-10, 2015 by The Center For Security Policy suggests there may be 1.5 million potential terrorists in the United States. The poll of Muslim-Americans was an agree/disagree statement:

“Violence against Americans here in the United States can be justified as part of the global jihad.”

With a Muslim population in the United States of approximately 6 million people, 25% would be: 1.5 million

Conclusion:  It is safe to assume that, as of the end of 2015, we have at least 25,000 jihadists now in America with terrorist connections and the desire and means to attack and kill us. This number is growing. Expect at least an additional 50,ooo before Obama’s term ends. 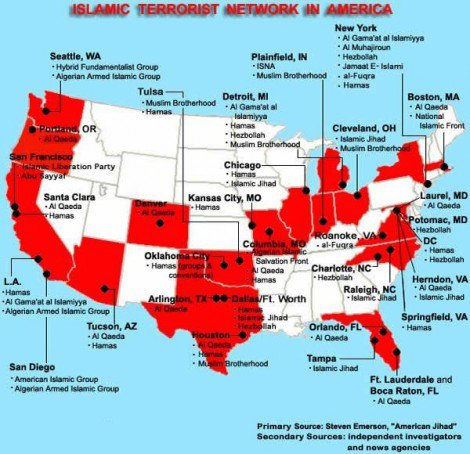 Summary: We have a large and growing army of active Islamic terrorists in place on our homeland. Some 60-70% of Americans are concerned about this. The Obama Administration denies it is a problem and has a specific policy to ban criticism of Islam. Link. 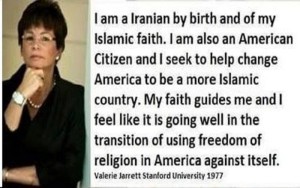 Note: As Obama’s term ends, he is frantic to flood America with Islamist voters and activists. He is INCREASING the influx of Muslims, and ignoring the growing chorus of experts voicing National Security concerns. Refugee Resettlement Watch tracks this. Here is a LINK. 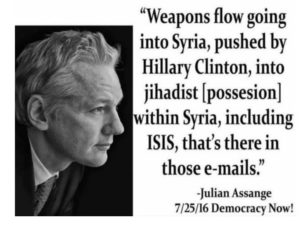 Obama said, “I will stand with the Muslims.” He is an anti-colonialist, pro-Muslim ideologue with roots in Kenya, while Hillary is about money and power. Both are Saul Alinsky disciples, whose tactics were learned from the Chicago mob. Neither can speak the words “radical Islam.”

Hillary has stated that she plans to greatly accelerate Obama’s immigration policies.

5 Responses to How many jihadists now in America?