Is it Real or is it Fiction? – Privacy Wars (again)

Is it Real or is it Fiction? – My novel Privacy Wars meets more harsh reality

We live in interesting times. I just had a wakeup call from my readers. All my recent novels, especially Raven’s Run, have crashed into scary reality. “Thrillers are fiction… until it happens.” 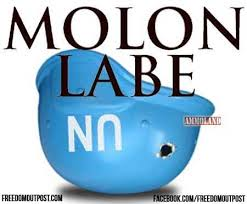 Give us your guns….

What I did not realize until the calls and notes came flooding in, is that my second novel, Privacy Wars, has drifted deeper into the danger zone. It is about to crash headlong into Orwellian policy — a plan to invite a foreign military force in to police our cities.

This has already started. The reality of the policies being planned for the 2016 election cycle promises to be a huge deal. We are inviting violent “refugees,” ignoring criminals, and now planning to host a foreign paramilitary force to keep the peace.

Our leftist-ruled cities are falling into chaos. They are becoming like 3rd world hellholes. Cities like Detroit and Chicago are ruled by thugs and drug cartels. Murder and crime rates are soaring. Jihad is here too. Not just in the big cities, but all over. The FBI now says there are ISIS cells active in all 50 states. The FBI admits there are 900+ active Islamic State cases open in the U.S. 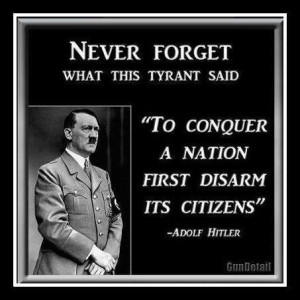 Recall the recent mass murder of Christians in a gun-free zone in the peaceful little town of Roseburg, Oregon. Obama gave a politicized speech for gun control before they had even bagged the bodies. He failed to mention that the crazy shooter was Black, Muslim, connected with terrorists, and that ISIS took credit. These facts, that this was another “Lone Wolf” terrorist attack, were suppressed.

The story in the media was about blaming guns for another attack by another deranged person in a gun-free zone. This one was initially (falsely) said to be anti-Christian, White, Republican, and an atheist. A lot of work went into scrubbing the social media trail that contradicted this. See link.

Invaders. Illegals. Agitators. Jihadists. Cop Killers. What comes next? Perhaps being willingly occupied by a Global Police force, as I put in my 2012 novel? So it seems.

The fiction in my second novel Privacy Wars — UN Peace Enforcers in control of our cities — is now an actual plan. It does NOT bode well. Obama’s plan [now public and official] is to have the UN come in to “help” our divided country with a paramilitary police force.

Obama has already stated that the First Amendment doesn’t apply to criticism of Islam or to Christians expressing their faith. Link. Will it apply to political resistance? Will the UN care about our Constitution?

Obama has had the first and second Amendments under attack for some time, but the attacks are intensifying. The notion of gun confiscation is being floated.

Still, inviting a foreign occupation is new and unprecedented in our history. It’s what we went to war over in 1776. Having the UN do this is what overlaps my novel Privacy Wars.

On Wednesday, Attorney General Loretta Lynch announced at the United Nations that her office would be working in several American cities to form what she called the Strong Cities Network (SCN), a law enforcement initiative that would encompass the globe.

This amounts to nothing less than the overriding of American laws, up to and including the United States Constitution, in favor of United Nations laws that would henceforth be implemented in the United States itself – without any consultation of Congress at all.

The United Nations is a sharia-compliant world body, and Obama, speaking there just days ago, insisted that “violent extremism” is not exclusive to Islam (which it is). Obama is redefining jihad terror to include everyone but the jihadists. So will the UN, driven largely by the sharia-enforcing Organization of Islamic Cooperation (OIC) and the pro-Islamic post-American President Obama, use a “global police force” to crush counter-jihad forces?

After all, with Obama knowingly aiding al-Qaeda forces in Syria, how likely is it that he will use his “global police force” against actual Islamic jihadists? I suspect that instead, this global police force will be used to impose the blasphemy laws under the sharia (Islamic law), and to silence all criticism of Islam for the President who proclaimed that “the future must not belong to those who slander the prophet of Islam.”

What is a global police force doing in our cities? This is exactly the abdication of American sovereignty that I warned about in my book, The Post-American Presidency: The Obama Administration’s War on America. The Obama Department of Justice made it clear that it was exactly that when it distributed a press release last week announcing the “Launch of Strong Cities Network to Strengthen Community Resilience Against Violent Extremism.” In that press release, the DoJ complained that “while many cities and local authorities are developing innovative responses to address this challenge, no systematic efforts are in place to share experiences, pool resources and build a community of cities to inspire local action on a global scale.”

So if the local and municipal effort to counter the euphemistic and disingenuous “violent extremism” is inadequate and hasn’t developed “systematic efforts are in place to share experiences, pool resources and build a community of cities to inspire local action on a global scale,” the feds – and the UN – have to step in. Thus the groundwork is being laid for federal and international interference down to the local level. “The Strong Cities Network,” Lynch declared, “will serve as a vital tool to strengthen capacity-building and improve collaboration” – i.e., local dependence on federal and international authorities.

Lynch made the global (that is, United Nations) involvement clear when she added: “As we continue to counter a range of domestic and global terror threats, this innovative platform will enable cities to learn from one another, to develop best practices and to build social cohesion and community resilience here at home and around the world.”

This internationalist character was brought to the fore by the fact that the Strong Cities Network was launched on September 29 not at the White House or the Department of Homeland Security, or at the FBI headquarters or anywhere else that might be fitting for a national project, but at the United Nations.

All across the country, local police are under attack. Here is a sample: 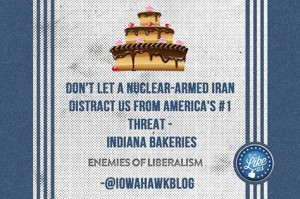 All over America four things are under attack:

Here are some of the comments from my readers about this:

“(Liberals) are always accusing me of not understanding what the objective is of Black Lives Matter. Fortunately I had it explained to me – by a black man! He said it is garbage and a subversive movement that advocates the overthrow of our legally constituted government. Just a couple days after a black cop was shot in the head BLM held one of their “protests.” The police who were there protecting them were thanked by name calling and abusive language. This same black man who accurately described BLM said that police should leave them alone to fend for themselves. When law abiding citizens call the police due to BLM disrupting their lives the police should then come in and arrest the rabble rousers.” What makes me want to hurl is seeing all the white liberals marching in these “protests”. One grumpy cat looking woman was holding a sign, “STOP KILLING BLACK PEOPLE.”

Friends in Law Enforcement tell me that Police are so entangled in DOJ rules that they are afraid to aggressively patrol, much less draw a weapon to defend or apprehend:

“You’re dead right, John. They are already doing it through DOJ with “troubled” police departments. They have taken over Seattle’s and the new advisory handbook has 78 pages, just on using a Taser.  78!  As a result, as per a King County deputy, Seattle police are reluctant to engage. God help them if they draw their weapon.”

Recall Kate’s Law to ban sanctuary cities? Recall the beautiful young women murdered by a many-times-deported illegal with a long rap sheet while enjoying a walk the San Francisco pier with her father? I do.

I asked one police chief: How many violent crimes are being committed in your city by illegals?

Q: How can you not know?

A: We are not allowed to ask.

As political correctness, invasion, and civil unrest take their toll on America, the plan is to have the UN come in to help with a Sharia compliant, Muslim-friendly, “hug-a-thug” global police force. Just like in the third world. Just like in my novel.

Eighteen large-city mayors have already joined the Orwellian-named “Strong Cities Network,” with New York City and Chicago leading the parade. If this idiocy comes to your city, just say no. Say it loud.

All across the country, our local Law Enforcement Officers are under attack.

And, of course, so are Christians and families and Vets.

My next novel, Raven’s Redemption, will be dedicated to Christians and Vets. It will be out in early 2016.

Don’t believe me about a pending UN occupation? Just wait and watch.

Given a choice between having their cities in flames (over nothing) and their policies under attack by the President (like in “hands up, don’t shoot” Ferguson) I expect surrendering our sovereignty and Constitution will have appeal to liberal politicians. 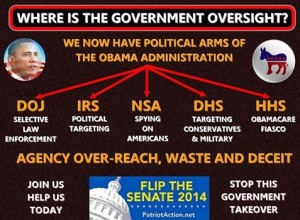 Most citizens will be outraged. These can be expected to receive the wrath of the DOJ, IRS, Homeland Security, and other organs of the Federal government.

Lois Lerner did NOT go to jail for using the IRS to target political enemies, so we can expect that the gloves are off for ALL the Federal Bureaucracies. Instead of targeting terrorists and criminals, they can enforce political correctness. (Except, probably, the Military. It would refuse illegal orders, but the UN won’t care.)

I think it is safe to predict that attacks on law enforcement and violence in our streets will continue to escalate. This self-imposed crisis will see UN “peace enforcers” in our major cities before the 2016 elections. Along with the leftist “community organizers,” thugs who are already active, DOJ lawyers, and the legacy media reporters who give them cover.

While this all unfolds, please do take the time to check out Privacy Wars. This is NOT the only way it has predicted reality. See this link. And this link. If you like my novel, a positive review on Amazon would be appreciated. THANK YOU.