Did our intel leaders have any evidence when they pushed the Russia collusion line?

Now that special counsel Robert Mueller has found that no one in the Trump campaign colluded with Russia to steal the 2016 election, Democrats are busy moving the goal posts. But this is a distraction from the real reckoning that needs to come.

The one we need is for all the intelligence officials—including former Director of National Intelligence James Clapper, former Central Intelligence Agency chief John Brennan, and the Federal Bureau of Investigation’s former Director James Comey and former Deputy Director Andrew McCabe—who pushed the Russia conspiracy theory. The special counsel has just made clear they did so with no real evidence.

Mr. Mueller could have said he didn’t have enough evidence to prosecute. Instead he was categorical: “The investigation did not establish that members of the Trump Campaign conspired or coordinated with the Russian government in its election interference activities.”

This wasn’t for lack of trying on Moscow’s part. “Despite multiple offers” from Russia-affiliated individuals to help their campaign, Mr. Mueller reports, the Trump people didn’t take them up on it.

So why do 44% of Americans—according to a Fox News poll released Sunday—believe otherwise? Part of the answer has to be that the collusion tale was egged on by leading members and former members of the American intelligence community.

Intelligence professionals are trained to sift through the noise and distractions in pursuit of the truth. In this case, however, they went all in for a tale that the Russian government had somehow compromised Mr. Trump or his close associates. In peddling this line, their authority rested on the idea they had access to alarming and conclusive evidence the rest of America couldn’t see. Now it appears they never had much more than an unverified opposition-research dossier commissioned by Fusion GPS’s Glenn Simpson on behalf of Hillary Clinton. 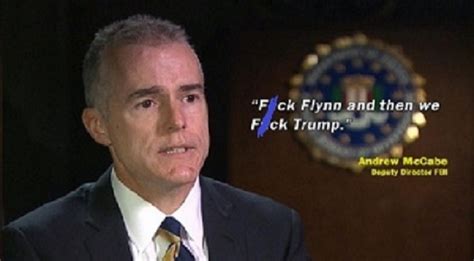 Nevertheless, they persisted. Start with the FBI’s Mr. McCabe, who boasts that he is the man who opened the counterintelligence probe into Russia and President Trump. Today the question has to be: On what evidence was this extraordinary step predicated, apart from Mr. Trump’s saying things the G-man didn’t like?

As recently as three weeks ago, Mr. McCabe—sacked by the bureau for a “lack of candor”—told CNN that he still thought it “possible” President Trump was a “Russian asset.” Again, on what evidence?

Ditto for Mr. Clapper, who said he agreed “completely” with Mr. McCabe that Mr. Trump could be a Russian asset. He added only that he couldn’t be certain whether it was “witting or unwitting.” Coming from a former director of national intelligence, this is a grave accusation. But on what evidence?

Or consider Mr. Brennan. After a presidential press conference in Helsinki with Vladimir Putin in which Mr. Trump refused to acknowledge Russian meddling in the 2016 election, Mr. Brennan tweeted that the president’s behavior was “nothing short of treasonous.” Not “wrong,” not “outrageous,” but “treasonous.”

It wouldn’t be the last time he invoked the “t” word. Mr. Brennan also used it after the president pulled his security clearance last August. During a subsequent appearance on NBC’s “Meet the Press,” host Chuck Todd suggested that a former intelligence chief might wish to be a little more circumspect with his accusations.

Finally there’s Rep. Adam Schiff. As ranking member and now chairman of the House Intelligence Committee, Mr. Schiff has been claiming for some time that there’s “plenty of evidence of collusion or conspiracy in plain sight.” This past weekend on ABC’s “This Week,” he said there’s “significant evidence of collusion.” Does anyone else think there’s a credibility problem when the chairman of the House Intelligence Committee starts sounding like O.J. Simpson vowing to find the “real killer”?

In light of Mr. Mueller’s findings, there are only two ways to interpret these actions and statements from senior members of the intelligence community. The first is that they got played because they were incompetent. Anyone who reads the compromising texts between FBI master spy Peter Strzok and his FBI lover, Lisa Page, might well find the clown argument persuasive.

The lesson here is this: Be careful what you wish for. Because the questions this special prosecutor has unleashed might yet yield federal criminal indictments. Just not for the people the fantasists of Russian collusion expected. 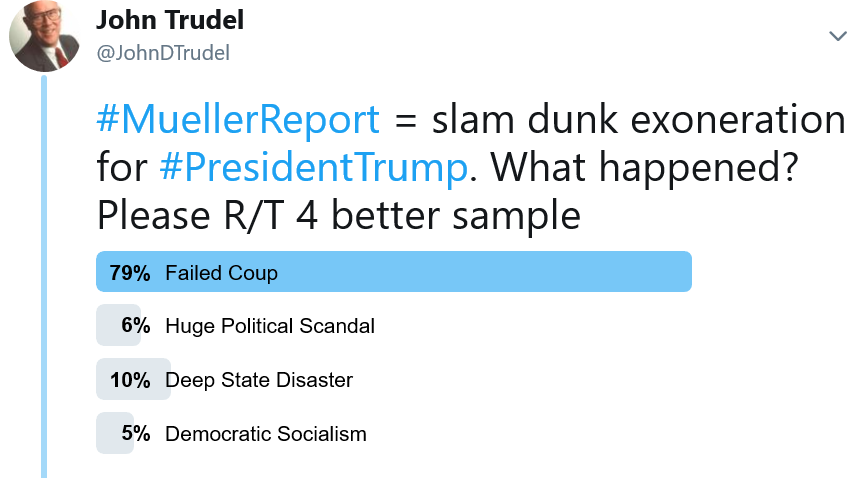 Note: This article, from WSJ was excellent. What is perhaps of as much significance, is that these fallen spymasters, dismissed in disgrace, immediately moved over to #FakeNews, at high salaries, where they kept repeating the same false charges.

Many viewers assumed that, because of their backgrounds, these talking heads had access to privileged information that could prove with they were saying.

It seems that they did not. They were simply repeating the same propaganda that they had started in the first place.

What we just witnessed was a Failed Coup. One that needs to be fully investigated. Treason charges should be filed as appropriate.

Sign up for John's Mail lists
Free Newsletters and Action Notes
This entry was posted in Actionable, Constitution & Gov, Non-Fiction. Bookmark the permalink.