Right to Work: Obama Wants Us to Sign a Neutrality Agreement!

The basics of American Freedom have been under relentless attack, and every aspect of our society is stressed:

Beyond this, there is a GREATER fight, the movement to have Communist labor unions take over the Private Sector. This is SEIU and ACORN. This is what launched Obama’s career. This is what brought him to the White House to implement the Saul Alinsky methods that drive ALL the issues above. This is what funds his leftist agendas.

One of the patriots who has been resisting this tyranny is my friend Dave Bego.

Dave has been winning battles against overwhelming odds. Dave led the fight to get Right to Work passed in Indiana. Soon this spread to Wisconsin and Michigan. And now even leftist states, DEEP BLUE, like my own Oregon, are considering Right to Work legislation.

I am honored to put up this GUEST POST for Dave, to recommend his book, and to suggest all Americans working to promote RIGHT TO WORK to contact Dave.

Time is running out. The Obama agenda is to implement a “Neutrality Agreement” before his term runs out. It is hard to trust the Congress to effectively resist this without a lot of pressure from We the People.

If you run a business or work in the private sector, you should pay attention and read Dave’s book. Your freedom and prosperity is at stake.

Wake-Up and Connect the Dots… Obama Wants Us to Sign a Neutrality Agreement! 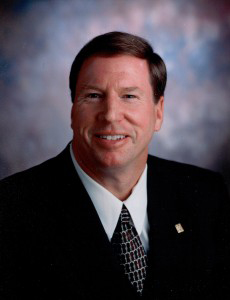 In previous Devil at Our Doorstep blogs, the connection between the communist SEIU and President Obama (see SEIU Drops Mask, Goes Full Commie and Communism at the Highest Levels) and their desire to destroy America and turn it into a socialistic totalitarian dictatorship have been presented. President Obama’s actions since the 2014 Midterm Elections, as outlined below, support this position. The President is utilizing the SEIU’s “Persuasion of Power” by incorporating its Death by a Thousand Cuts corporate campaign strategy to fundamentally transform America, just as he promised within five days of taking the oath of office. In essence he is acting to force Americans and their representatives in Congress to sign a Neutrality Agreement and impose Card Check on America.

Card Check is a concept used by big labor to eliminate people’s choice when voting for union representation, and ultimately disenfranchises them from their employers, free choice and the free market! President Obama, trained by the SEIU (see Obama and the SEIU, Sittin’ in a Tree), is attempting to force Americans to agree to the same process with respect to government in order to achieve his agenda, and that of his controllers, to destroy the American Republic/Free Enterprise system and replace it with socialistic totalitarianism. Among his actions to accomplish this:

Obama’s Grand Plan? All of the above, and likely more behind the scenes, are designed to allow the President to take control of America and establish a socialistic totalitarian regime potentially before the 2016 Presidential Election. Even if he doesn’t, Hillary has the same vision!

When is America going to wake up and realize that the President is merely a “Puppet” controlled by the likes of the SEIU, the union labor bosses, and people like George Soros (see George Soros and Barack Hussein Obama) Obviously some have awakened, but are immediately censored as seen in 12-Year Old has Facebook Account Blocked after Criticizing Obama. The real question is When Will Congress and the Main Stream Media Wake Up and begin Identifying the Devil at Our Doorstep!

Maybe the following e-mail testimonial from a former in-house SEIU attorney to talk show host Chuck Wilder, whose show I was on, will wake up America to what I have been preaching all along:

A salute to David Bego for his courage

As former chief in-house legal counsel for what was then SEIU-Local 660, the largest local union west of the Mississippi representing some 25,000 Los Angeles County Employees, I salute David Bego for standing up for freedom against the SEIU.

Under the leadership of former “social worker” become socialist president of SEIU, Andy Stern, SEIU members were transformed from public servants to public enemies, grasping for salary, benefits, pensions and power over the taxpayers who pay them.

I just bought David’s book for my daughter for Christmas.

Good to see a modern David taking on the SEIU socialist Goliath.

It is Time for Republicans to Go On the Offensive, to expose this President’s Divide and Conquer agenda, and The Taking of American Freedoms. It is truly time for all Americans to find intestinal fortitude and stand up like Governor Scott Walker has with his recent passage of RTW (see Wisconsin Becomes 25th Right-to-Work State), and to punch the bullies in the nose to Restore America’s Prosperity before all is lost! Beware the Neutrality Agreement, America, We are at War! Armageddon is at Hand! Please Wake Up!

1 Response to Right to Work: Obama Wants Us to Sign a Neutrality Agreement!