By Frank Hawkins, US Army – Retired

America has undergone enormous change during the nearly eight decades of my life. Today, America is a bitterly divided, poorly educated and morally fragile society with so-called mainstream politicians pushing cynical identity politics, socialism and open borders. The president of the United States is threatened with impeachment because the other side doesn’t like him. The once reasonably unbiased American media has evolved into a hysterical left wing mob. How could the stable and reasonably cohesive America of the 1950s have reached this point in just one lifetime? Who are the main culprits? Here’s my list of the 10 most destructive Americans of the last 80 years.

10) Mark Felt – Deputy director of the FBI, aka “Deep Throat” during the Watergate scandal. This was the first public instance of a senior FBI officially directly interfering in America’s political affairs. Forerunner of James Comey, Peter Strzok, Lisa Page and Andrew McCabe.

8) Teddy Kennedy – Most folks remember Teddy as the guy who left Mary Joe Kopechne to die in his car at Chappaquiddick. The real damage came after he avoided punishment for her death and became a major Democrat force in the US Senate, pushing through transformative liberal policies in health care and education. The real damage was the 1965 Hart-Cellar immigration bill he pushed hard for that changed the quota system to increase the flow of third world people without skills into the US and essentially ended large-scale immigration from Europe.

7) Walter Cronkite – Cronkite was a much beloved network anchor who began the politicization of America’s news media with his infamous broadcast from Vietnam that described the Tet Offensive as a major victory for the Communists and significantly turned the gullible American public against the Vietnam War. In fact, the Tet offensive was a military disaster for the NVA and Viet Cong, later admitted by North Vietnamese military leaders. Decades later Cronkite admitted he got the story wrong. But it was too late. The damage was done.

6) Bill and Hillary Clinton—It’s difficult to separate Team Clinton. Bill’s presidency was largely benign as he was a relative fiscal conservative who rode the remaining benefits of the Reagan era. But his sexual exploits badly stained the Oval Office and negatively affected America’s perception of the presidency. In exchange for financial support, he facilitated the transfer of sensitive military technology to the Chinese. Hillary, a Saul Alinsky acolyte, is one of the most vicious politicians of my lifetime, covering up Bill’s sexual assaults by harassing and insulting the exploited women and peddling influence around the globe in exchange for funds for the corrupt Clinton Foundation. She signed off on the sale of 20% of the US uranium reserve to the Russians after Bill received a $500,000 speaking fee in Moscow and the foundation (which supported the Clinton’s regal lifestyle) received hundreds of millions of dollars from those who benefited from the deal. Between them, they killed any honor that might have existed in the dark halls of DC.

5) Valerie Jarrett – The Rasputin of the Obama administration. A Red Diaper baby, her father, maternal grandfather and father-in-law (Vernon Jarrett who was a close friend and ally of Obama mentor Frank Marshall Davis) were hardcore Communists under investigation by the U.S. government. She has been in Obama’s ear for his entire political career pushing a strong anti-American, Islamist, anti-Israeli, socialist/communist, cling-to-power agenda.

4) Jimmy Carter – Carter ignited modern day radical Islam by abandoning the Shah and paving the way for Ayatollah Khomeini to take power in Tehran. Iran subsequently became the main state sponsor and promoter of international Islamic terrorism. When Islamists took over our embassy in Tehran, Carter was too weak to effectively respond thus strengthening the rule of the radical Islamic mullahs.

3) Lyndon Johnson – Johnson turned the Vietnam conflict into a major war for America. It could have ended early if he had listened to the generals instead of automaker Robert McNamara. The ultimate result was: 1) 58,000 American military deaths and collaterally tens of thousands of American lives damaged; and 2) a war that badly divided America and created left wing groups that evaded the draft and eventually gained control of our education system. Even worse, his so-called War on Poverty led to the destruction of American black families with a significant escalation of welfare and policies designed to keep poor families dependent on the government (and voting Democrat) for their well-being. He deliberately created a racial holocaust that is still burning today. A strong case could be made for putting him at the top of this list.

2) Barack Hussein Obama – Obama set up America for a final defeat and stealth conversion from a free market society to socialism/communism. As we get deeper into the Trump presidency, we learn more each day about how Obama politicized and compromised key government agencies, most prominently the FBI, the CIA and the IRS, thus thoroughly shaking the public’s confidence in the federal government to be fair and unbiased in its activities. He significantly set back race and other relations between Americans by stoking black grievances and pushing radical identity politics. Obama’s open support for the Iranian mullahs and his apologetic “lead from behind” foreign policy seriously weakened America abroad. His blatant attempt to interfere in Israel’s election trying to unseat Netanyahu is one of the most shameful things ever done by an American president. 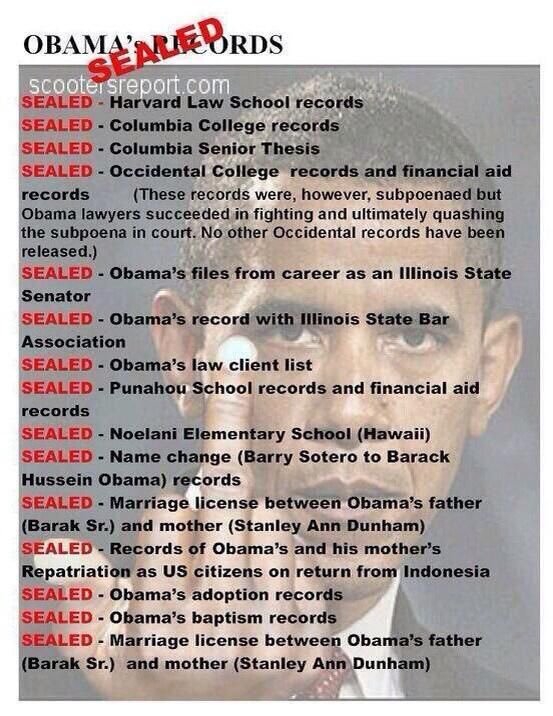 We know very little about Obama

JDT note: The truth is we have NO idea who Obama really is, much less what he did. Everything about his personal life remains sealed by the first EO he issued when he took office. Much of what he did was through other parties is well hidden and/or classified.

For a time there was much controversy about where he was born, ironically started by Hillary Clinton who brought it up during the primary. This was quashed by massive ridicule by “Fake News” as the birther issue. It finally quieted when an Obama birth certificate was published on the White House website. That was “game over.”

There is a problem with this. Several investigations (British House of Lords, Israel, Arizona Cold Case unit, etc.) concluded that the birth certificate posted on the WH website was a crude forgery. Lord Christopher Monckton, Margaret Thatcher‘s former science advisor, famously had a similar forged document created to “prove” he was an American.

I don’t think we can conclude much about Barack Hussein Obama until his records are made public and issues like RussiaGate and Benghazi are fully investigated. At this writing, long after his leaving office, there is still a functioning Obama Shadow Government just a few miles from the White House. 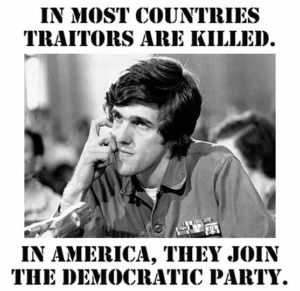 1) John Kerry – Some readers will likely say Kerry does not deserve to be number one on this list. I have him here because I regard him as the most despicable American who ever lived. After his three faked Purple Hearts during his cowardly service in Vietnam, he was able to leave the US Navy early.. As a reserve naval officer and in clear violation of the Uniform Code of Military Justice, he traveled to Paris and met privately with the NVA and the Viet Cong. He returned to the United States parroting the Soviet party line about the war and testified before Congress comparing American soldiers to the hordes of Genghis Khan. It was a clear case of treason, giving aid and comfort to the enemy in a time of war. We got a second bite of the bitter Kerry apple when as Obama’s secretary of state, he fell into bed with the Iranian (“Death to America”) mullahs giving them the ultimate green light to develop nuclear weapons along with billions of dollars that further supported their terrorist activities. Only the heroic Swift Vets saved us from a Manchurian Candidate Kerry presidency. Ultimately we got Obama.

John Brennan –Obama’s CIA director who once voted for Communist Gus Hall for president. A key member of the Deep State who severely politicized the CIA. Called President Trump treasonous for meeting with the president of Russia.

Jane Fonda – movie actress who made the infamous trip to Vietnam during the war in support of the Communists. She represents hard left Hollywood that has done so much damage to our culture.

Jimmy Hendrix and Janice Joplin – Both revered entertainers helped usher in the prevailing drug culture and personally suffered the consequences. Karma’s a bitch.

Robert Johnson /BET – Helped popularize ho’s, bitches and pimps while making millions on great hits such as “Jigga my Nigga”, “Big Pimpin’”, “Niggas in Paris” and “Strictly 4 My N.I.G.G.A.Z.” Many scholars within the African American community maintain that BET perpetuates and justifies racism by adopting the stereotypes held about African Americans, affecting the psyche of young viewers through the bombardment of negative images of African Americans. Who can disagree?

Arthur Ochs Sulzberger, Jr./The New York Times – Once the gold standard of American journalism, the paper always had a liberal tilt and occasionally made bad mistakes. As the years have gone along, the paper has slid further and further left and today is virtually the primary propaganda arm of the increasingly radical Democrat Party. Still retains influence in Washington and New York.

George Soros – Jewish former Nazi collaborator in his native Hungary who as a self-made billionaire has poured hundreds of millions of dollars into left wing groups and causes. The damage he has caused is difficult to measure, but it’s certainly large. He has funded much of the effort to kill the Trump presidency.

Frank Hawkins is a former US Army intelligence officer.

JDT note: In addition to the short list above, the Deep State has now embedded large numbers of Anti-Americans in Government. “Senior Executive Service” (SES) rules made under Jimmy Carter protect many from being fired, including some 80% of the State Department. Others are Ruling Elites or likely foreign agents. Here are two: 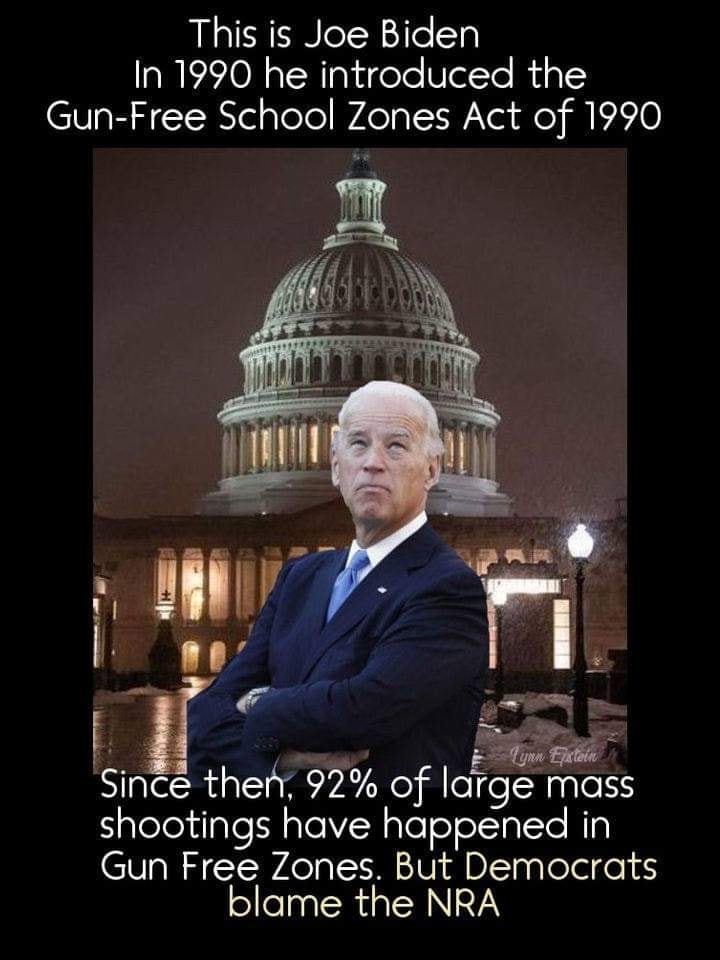