The Iran Deal — May have harmful side effects….

As most who follow me know, my 2014 novel Raven’s Run had a plot line that featured terrorists with Iranian nukes. After it came out, this horrific scenario turned real when the Obama Administration’s “Iran Deal” (not a treaty) leaked out. 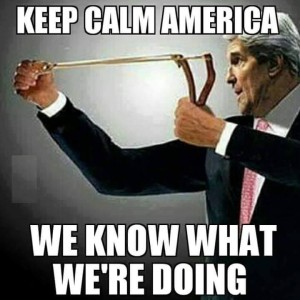 Nothing to see here….

The Iran Deal makes Chamberlin’s infamous “Peace in our time” accommodation with Hitler seem brilliant in comparison. As “the Deal” became known, like an avalanche rolling down on a peaceful village, alarm grew, along with calls for action to block it, and an intense campaign to jam it through.

I did numerous media interviews and even put out a “cheat sheet” on how to block the deal, one that most agreed could work. It was picked up by the Cruz for President campaign. They put it in their newsletter, it got a FAV from Drudge report, and things went viral.

We lost. America lost this one, a huge loss. The spineless Republican leadership failed to use every means available to block the Deal, and, thus, the greatest sponsor of terrorism in the world, Iran, will now get nuclear weapons, massive funding and on and on….

America got “Grubered” again. Team Obama shamelessly, flat-out lied about the Iran Deal. The Leftist Media served as an echo chamber to amplify these lies. Just as it has with immigration and health care.

Obama’s Foreign Policy Guru Boasts of How the Administration Lied to Sell the Iran Deal!

Rhodes sold the Obama media and provided cover for a feckless, cowardly, do-nothing Congress by creating a false claim of “moderate” Iranian officials. There were and are no such officials.

Mr. Obama’s strategy all along was to cede power to Iran, hoping this would reduce U.S. responsibilities in the the region.

Rhodes is bragging about a deal that paved the way to a nuclear Iran and gave them $150 Billion to finance radical Islamic terrorism. This is treason. It gives impetus to regional or possible World War. It allows Iran’s terrorist proxies access to nuclear weapons.

Ben Rhodes is one “aspiring novelist” whom I hope burns in Hell. He sold America out to Iran, he also did the Benghazi talking points, and his brother David Rhodes runs CBS.

Rhodes uses his talents for Alinsky leftist evil and then brags about it. He has brutal contempt for the journalists. “The average age we talk to is 27 years old and their only reporting experience consist of being around political campaigns.” Rhodes says, “They literally know nothing,” making them easy to spin.

The pigmy of Rhodes has REFUSED TO TESTIFY to Congress about his Victory lap for lies and the Obama Administration is shielding him. Link.

One good lesson is that America’s media simply no longer has the ability to form realistic independent assessments of geopolitics or national security threats. Their foreign news bureaus are long gone along with seasoned, trusted, investigative reporters. The media’s talking heads are dependent on what they are told by the Administration or Congress.

The “Fourth Estate” that long served as a check and balance” on American politics is gone. Fox stepped into that gap and prospered, BUT its main attribute is simply that it is not part of the Administration’s propaganda machine. Fox also lacks foreign news bureaus and tends to see news through a political (versus a reality) lens. Fox reacts, but that is usually too little, too late. Hence, ObamaCare, illegals, Iran, and a 2nd Obama term. Too bad for us.

[Where to get honest international news? A friend who is expert in geopolitics suggests the Russian news channel. It has some outrageous propaganda, but about 80% of what it reports for international news is accurate. Sources like Reuters also report things ignored here, like Russian weapons systems being delivered to Iran.]

It’s not a problem. Period.

A bipartisan majority of Congress and over 71% of the public were against the Iran Deal. But thanks to weak Republican leadership, a solid partisan minority, and badly flawed legislation – “The Corker Catastrophe” – the Deal was not killed.

The best analysis I’ve seen of this Deal was that of Steve Forbes, published 9/28/2015. His title? “Spineless Democrats Back Obama’s Bloody Bargain.” His assertion? “The Iran accord will profoundly affect our security and that of civilization itself.” (Yeah, it’s really that bad. Unless Obama’s Deal precipitates a nuclear exchange, in which case it is even worse.) Link.

Obama’s Iran Deal is alive, the world has gotten more dangerous, and regional or broader war looms large in the future. This post documents the aftermath of the Obama-Kerry Iran Deal.

For the past year or so, I’ve been working on the sequel to my last novel (Raven’s Redemption, now planned for January 2016) and tracking the subject of terrorists with Iranian nukes on my blog. Here are some posts that may be useful.

So what exactly happened in Congress that allows Obama’s deal to proceed? It’s not complicated.

The House took minimal action, not out of principal, but because Boehner was on the brink of being deposed as leader. It refused to vote because the Obama Administration had not yet supplied all the information about the Deal as was required by the law passed by Congress and signed by Obama. #DumpBoehner

The Senate tried three times to pass a “resolution of disapproval” of the Deal. The vote on this was blocked by a partisan block of 42 Democrats. McConnell could have, as a minimum, taken the same action as the House — refused to vote because Obama has not complied with the law. He could have also done what Harry Reid did to pass ObamaCare, invoke the (fitting) “nuclear option.” He chose not to do either. #DitchMitch

Apparently, the leadership of both parties think it offers them political advantage in the 2016 elections to have taken the positions they did. At present, a majority of Congress and some 71% of the American public oppose the Deal. This argument will continue.

The best sound bite came from a White House media briefing. One of the reporters had his iPhone on. Siri gave the best answer. Q: “Iran Deal?” A: “Obama’s fault.”

And here’s a 57 second “blast from the past,” 1994. We’ve seen this movie before. It did not end well. Link. Here is a short clip from Netanyahu’s epic post-#IranDeal  speech to the UN. I expect history will someday note the 45 seconds of silence as shameful. Link.

A day after I put up the “harmful side effects” video (# 1 above) on social media, I started getting comments back that the link I had posted didn’t work. I checked. The link worked, but the video server was so overloaded that it would not play this clip. Hence, looking for a more robust server, I went to YouTube and searched for “Obama Iran nukes.” What came up was a short list, including link # 2.

I posted link # 2 [“harmful side effects”] on places like Facebook, saying to use it if Link # 1 did not work. That solved the problem, EXCEPT IN ONE CASE.

Somehow, on one FB page for a Radio Host I’ve done interviews for, the new link that I posted was the WRONG link. It was a link to a different and longer video on this same subject. It was a broadcast from an Israeli TV station comparing the Iran Deal to Biblical scripture.

Naturally, this confused people, so I went back and posted the link I’d intended, Link # 2. In the process I watched the video, the video in the link I had accidently posted, one I had not even watched.

How could I accidentally post it on one page, but not the others? This was odd.

Here is the strange link that compares the Iran Deal to Biblical scripture.

Note: There are a few thriller authors that are writing novels with characters who fight jihad in the context of Biblical scripture [Joel C Rosenberg being one who is well known, and a good writer], but I am NOT one of them. I don’t know much about scripture. Nor do any of my novels — including the most recent, Raven’s Run, where my characters are fighting terrorists who have Iranian Nukes — have a story line that cites Biblical scripture.

My novels have a lot of history. They have some myths and legends, but no citing of scripture. I cannot explain how I came to post the link to this broadcast. It leaves me feeling as if there might be a God up there watching our human follies and frailties.

Here we see the Iranians celebrating “the deal,” framed by a submissive, pro-Islamic Obama.

2 Responses to The Iran Deal — May have harmful side effects….