Under the guise of planning for right-wing violence if Trump loses, Democrats are gaming out how to steal the election if Trump wins. 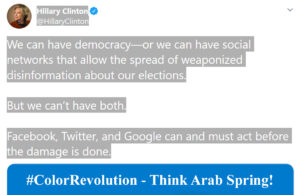 It’s been hard to miss the steady drumbeat of articles and think-pieces over the past few months about Election Day war games and post-election planning underway on the left, rooted in obsessive fears that President Trump will refuse to accept an electoral loss, triggering a constitutional crisis and maybe even widespread civic unrest, all in a desperate attempt to cling to power.

“The Left Secretly Preps for MAGA Violence After Election Day,” reads a recent headline at The Daily Beast. “Is Trump Planning a Coup d’État?” asks another recent piece at The Nation. “Is America in the Early Stages of Armed Insurgency?” frets Slate. Similar pieces have run at the Washington Post (“The election will likely spark violence—and a constitutional crisis”), The Atlantic (“What might he do? What should Americans fear?”), Vox (“Imagine that… Donald Trump refuses to concede defeat”), The New Yorker (“Trump’s threats about rejecting the results come November are not idle”), and on and on. 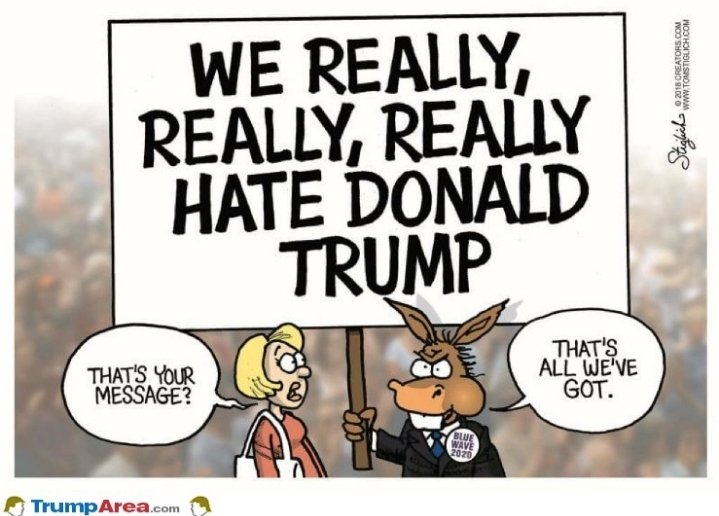 The news hook for most of these articles is a series of elaborate election war games hosted in June by a newly formed organization called the Transition Integrity Project, touted by the media as a bipartisan group of experts consisting of former elected officials, high-level government staffers, consultants, and journalists like David Frum, who wrote the Atlantic piece referenced above.

In other words, the Transition Integrity Project is a cross-section of our elite ruling class. In its own executive summary of the war games, the group states it was founded “out of concern that the Trump Administration may seek to manipulate, ignore, undermine or disrupt the 2020 presidential election and transition process” — never mind the many ways Democrats in Congress and the executive bureaucracy, aided by the media, have been doing just that since before Trump won the 2016 election.

The exercise mimicked the kind of war games sometimes conducted for foreign policy crises, only this time the format was applied to the presidential election, with one team playing the Biden campaign and the other the Trump campaign. The outlandish outcome of these simulations—that in the event of a close election, Trump might “federalize the National Guard and take military control of state voting sites,” as Frum writes — tells us less about what is likely to happen in the real world and more about the mendacious worldview, toxic prejudices, and treasonous imaginings of the elites themselves.

In one of the simulations, a scenario similar to 2016 was gamed out, with Trump losing the popular vote but winning the right combination of states for an Electoral College victory. John Podesta, Hillary Clinton’s 2016 campaign chairman and a top adviser to Bill Clinton and Barack Obama, played the role of Biden. According to Ben Smith’s account of the simulation in the New York Times, Podesta-as-Biden refused to concede, saying his party wouldn’t let him and instead alleged voter suppression, persuading the governors of Wisconsin and Michigan to send Biden electors to the Electoral College.

“In that scenario, California, Oregon, and Washington then threatened to secede from the United States if Mr. Trump took office as planned,” writes Smith. “The House named Mr. Biden president; the Senate and White House stuck with Mr. Trump. At that point in the scenario, the nation stopped looking to the media for cues, and waited to see what the military would do.”

The Left Is Engaging In Political Blackmail

Whether they realize it or not, Podesta and Frum and the others are acting out a present-day version of the election of 1860, only they’re playing the role of the secessionist South. Indeed, well before Abraham Lincoln won the election, even moderate “unionist” southern leaders warned that their states would secede if the vote didn’t go their way. It amounted to mass political blackmail, and after Lincoln’s decisive victory the South followed through on its threat. For slave states, the Union was conditional, not perpetual, and Lincoln’s election violated their conditions.

Once southern states began seceding — South Carolina was the first to go, less than two months after Lincoln’s victory and three months before he even took office — the long-burning question about the constitutionality of secession had to be answered. For Lincoln and most other northerners, the answer had always been obvious. The “central idea” of the Union, said Lincoln, “is the necessity of proving that popular government is not an absurdity. We must settle this question now, whether in a free government the minority have the right to break up the government whenever they choose.”

We now seem to be on the cusp of relitigating the question, only instead of slaveholding southerners blackmailing the country with secession, it’s anti-Trump Democrats and left-wing radicals threatening to tear the country apart if Trump wins in November. For them, the Union is conditional, and Trump’s reelection will violate their conditions.

What do they have in mind? Not exactly an 1860-style secession, state-by-state, but something more immediately disruptive. Depending on the circumstances the day after the election, they might contest the results and trigger lengthy litigations and ballot recounts, working in the meantime to come up with enough absentee ballots to put Biden over the edge. In that case, while the lawsuits and recounts are underway, the left plans to do what it’s been doing for months now: take to the streets.

Last week, an initiative called the Fight Back Table, a coalition of more than 50 left-wing groups that got together after the 2016 election, met to formulate a plan of action in case no clear winner emerges after Election Day. Of course, “no clear winner” is something for which the left has been rhetorically preparing the country under the guise of ensuring all the mail-in ballots are properly counted.

The group “began charting out what it would take to stand up a multi-state communications arm to fight disinformation, a training program for nonviolent civil disobedience, and the underpinnings of what one official described as ‘mass public unrest,’” according to a report by The Daily Beast. One person familiar with the discussion said the goal was to figure out how to “occupy shit, hold space, and shut things down, not just on Election Day but for weeks.” By now, we all know what that means.

Perhaps more disturbing than the possibility of organized mass riots and looting is the open fantasizing among Democrats, including Biden himself, about the role the military might play in a contested election. Biden has felt free to ruminate, more than once, on the possibility of soldiers dragging Trump out of the White House if he tries to “steal the election.”

In June, Biden boasted that the military “will escort him from the White House with great dispatch.” Later, his campaign released a statement saying, “the United States government is perfectly capable of escorting trespassers out of the White House.”

This isn’t normal campaign rhetoric, and it belies a feverish mindset on the left going into November that any outcome except a Biden win—by any means necessary—won’t be legitimate. That’s why Hillary Clinton has publicly urged Biden not to concede “under any circumstances.”

Indeed, paranoia and an assumption that any action by the Trump administration to ensure the integrity of the election is tantamount to stealing it pervades our elite class. The Transition Integrity Project’s war games played out various scenarios, utterly divorced from reality, in which team Trump “succeeded in invoking the Insurrection Act and sending active-duty military troops into US cities to ‘restore order,’ ‘protect’ voting places, or confiscate ‘fraudulent’ ballots.” In another scenario, Attorney General Bill Barr ordered “the seizure of mail-in ballots to ensure that vote counting would stop.”

All this tells us much more about the mindset of the people running the simulations than it does about what Barr or Trump are likely to do in November. The left simply cannot imagine an election in which Trump doesn’t win by cheating, hence they’ve decided they will accept only one outcome. Rahna Epting, executive director of MoveOn and a participant in the Fight Back Table discussions, told The Daily Beast, “It is very obvious that Trump is laying the groundwork for claiming victory no matter what.”

This is doublespeak. What should be obvious by now is that a broad coalition of left-wing groups is laying the groundwork to reject the results of the November election if Trump wins and claim victory, no matter what. The same left-wing groups that have been fomenting riots and street violence for months will again mobilize, only this time they won’t be calling for the abolishment of the police but the effective abolishment of popular government—an end to our constitutional system, and with it, an end to the republic.

Alas, this kind of electoral hostage-taking isn’t new. In the months before the 1860 election, southern leaders and newspapers warned in explicit terms that electing Lincoln would mean disunion, perhaps even war. “Let the consequences be what they may—whether the Potomac is crimsoned in human gore, and Pennsylvania Avenue is paved ten fathoms deep with mangled bodies,” declared one Georgia newspaper. “The South will never submit to such humiliation and degradation as the inauguration of Abraham Lincoln.”

Most northerners thought this was just bluster, that Lincoln’s election would never lead to actual war and bloodshed. They badly underestimated how lightly the South regarded the Union, and what southerners would do to the country to be rid of it. They should have taken the South at its word.

Now, 160 years later, we face what could be a similar crisis. There’s a rich irony in the elite assumption that post-election violence will come from “right-wing militias” or “vigilante groups,” when the last three months of rioting and looting by Antifa and Black Lives Matter activists have in some ways been a dress rehearsal for what the left is planning in November. You don’t need to read between the lines to understand this, you just need to take these people at their word.

#America honors diversity. We have two ways of resolving conflict: Honest Debate & Voting. “Woke” #Democrats are secular #Taliban. If you don’t agree, they burn, kill and destroy until you submit. #CancelCulture #BidenRiots #Election2020