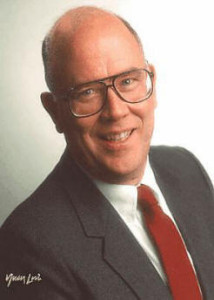 In the tradition of fiction writers, my life has been a rich drama, always interesting, often rewarding, but sometimes balanced on the edge of tragedy. On balance, I’m blessed. I lived the American Dream.

I come from an old East Coast family, one with roots on both sides that go all the way back to the Revolutionary War. Once we were wealthy Aristocrats, but our family fortunes were erased by health problems and the Great Depression. Hard times followed, but we always were warm, dry, and had food. We were poor, but proud.

I started off picking blueberries for eight cents a pound at twelve years old for spending money, worked hard, and went to college on scholarships. This was the turning point.

I graduated with honors from Georgia Tech and was awarded a full Fellowship to get my PhD in Electronic Engineering, well on my way to a career in research until life got in the way. There was a horrible divorce. Life turned bleak, but the Vietnam War was raging and good technologists were in high demand. Not for research: for application.

I love aircraft and always have. As a child, I built model airplanes. I had a pilot’s license before I had a driver’s license. As a single young engineer, I volunteered for things. Why not?

I soon found myself riding in the back of military aircraft, trying to make prototype electronic intelligence (ELINT) and weapons systems work. I was the kid in the back of the room at classified briefings attended by high officers, and, sometimes, the SECDEF himself. They called it “Special Ops.” That’s what my friends did, and some were true heroes. My best friend was one, and he did not survive. Vietnam convinced me I needed a career change.

With friends investing their combat pay, I started my first company and produced the first useful automobile radar detector. We called it “The Snooper,” and it made Playboy and the legendary Cannonball Baker Race that has been the subject of several movies. You can see one in the old movie, Gumball Rally. When Nixon passed the 55 MPH speed limits, sales went ballistic.

After selling that business, I worked for large firms, most notably Tektronix. What followed was a rewarding, interesting career. I started new firms and businesses, and worked for some of the best companies of that era. It was hard work, lots of fun, and most educational.

People paid me good money to learn things. I had great jobs, met interesting people, helped develop world-changing technology, and got to travel the world. I most enjoyed doing “new things,” and eventually started my own consulting firm, The Trudel Group, to help clients like Intel, HP, IBM, Tektronix, and others with innovation.

Perhaps oddly, that got me into writing. You don’t just go knocking on doors of major clients asking them to hire you. Better to write books, teach seminars, and have them come to you. So I did. I wrote hundreds of columns, authored two non-fiction books, taught seminars, and even spent some time as an Adjunct Professor teaching Graduate Classes in technology. It was fun.

Today I write Award Winning Thriller novels. Please check them out. If you go to my Authors Website, there are interviews and reviews of my books. Thank you for your interest.