Remember when America built jobs and taught self-reliance? A voice from the old exceptional America.

I just had to post this OP ED from Wall Street Journal. It may provide a bit of balance. For decades I have heard the Koch brothers demonized by the left, but I have never heard the other side of the story. Here it is.

Today we have leaders who studied Lenin, Marx, Alinsky and other radical socialists, and a person elected to the highest office in the land — twice! — who was raised and mentored by Communists and terrorists (Bill Ayers, Frank Marshall Davis, etc.). Today the teenaged Nazi collaborator who gained great wealth and recreated himself as a God and globalist by working to destroy the Nation States that have improved the human condition has become a puppet-master. George Soros funds the group, American Center for Progress, that planned ObamaCare, staffed the Obama transition team, and helps set our National policy.

It seems that Soros believes he was anointed by God. “I fancied myself as some kind of god …” he once wrote. “If truth be known, I carried some rather potent messianic fantasies with me from childhood, which I felt I had to control, otherwise they might get me in trouble.”

When asked by Britain’s Independent newspaper to elaborate on that passage, Soros said, “It is a sort of disease when you consider yourself some kind of god, the creator of everything, but I feel comfortable about it now since I began to live it out.”

My hope in posting this OP ED is that it may help us again speak meaningfully of patriotism and the values that made America the shining city on the hill.  This is a guest post. My source was Wall Street Journal.

Instead of welcoming free debate, collectivists engage in character assassination.

I have devoted most of my life to understanding the principles that enable people to improve their lives. It is those principles—the principles of a free society—that have shaped my life, my family, our company and America itself.

Unfortunately, the fundamental concepts of dignity, respect, equality before the law and personal freedom are under attack by the nation’s own government. That’s why, if we want to restore a free society and create greater well-being and opportunity for all Americans, we have no choice but to fight for those principles. I have been doing so for more than 50 years, primarily through educational efforts. It was only in the past decade that I realized the need to also engage in the political process.

A truly free society is based on a vision of respect for people and what they value. In a truly free society, any business that disrespects its customers will fail, and deserves to do so. The same should be true of any government that disrespects its citizens. The central belief and fatal conceit of the current administration is that you are incapable of running your own life, but those in power are capable of running it for you. This is the essence of big government and collectivism. 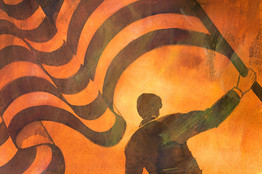 More than 200 years ago, Thomas Jefferson warned that this could happen. “The natural progress of things,” Jefferson wrote, “is for liberty to yield and government to gain ground.” He knew that no government could possibly run citizens’ lives for the better. The more government tries to control, the greater the disaster, as shown by the current health-care debacle. Collectivists (those who stand for government control of the means of production and how people live their lives) promise heaven but deliver hell. For them, the promised end justifies the means.

Instead of encouraging free and open debate, collectivists strive to discredit and intimidate opponents. They engage in character assassination. (I should know, as the almost daily target of their attacks.) This is the approach that Arthur Schopenhauer described in the 19th century, that Saul Alinsky famously advocated in the 20th, and that so many despots have infamously practiced. Such tactics are the antithesis of what is required for a free society—and a telltale sign that the collectivists do not have good answers.

Rather than try to understand my vision for a free society or accurately report the facts about Koch Industries, our critics would have you believe we’re “un-American” and trying to “rig the system,” that we’re against “environmental protection” or eager to “end workplace safety standards.” These falsehoods remind me of the late Sen. Daniel Patrick Moynihan’s observation, “Everyone is entitled to his own opinion, but not to his own facts.” Here are some facts about my philosophy and our company:

Koch companies employ 60,000 Americans, who make many thousands of products that Americans want and need. According to government figures, our employees and the 143,000 additional American jobs they support generate nearly $11.7 billion in compensation and benefits. About one-third of our U.S.-based employees are union members.

Koch employees have earned well over 700 awards for environmental, health and safety excellence since 2009, many of them from the Environmental Protection Agency and Occupational Safety and Health Administration. EPA officials have commended us for our “commitment to a cleaner environment” and called us “a model for other companies.”

Our refineries have consistently ranked among the best in the nation for low per-barrel emissions. In 2012, our Total Case Incident Rate (an important safety measure) was 67% better than a Bureau of Labor Statistics average for peer industries. Even so, we have never rested on our laurels. We believe there is always room for innovation and improvement.

Far from trying to rig the system, I have spent decades opposing cronyism and all political favors, including mandates, subsidies and protective tariffs—even when we benefit from them. I believe that cronyism is nothing more than welfare for the rich and powerful, and should be abolished.

Koch Industries was the only major producer in the ethanol industry to argue for the demise of the ethanol tax credit in 2011. That government handout (which cost taxpayers billions) needlessly drove up food and fuel prices as well as other costs for consumers—many of whom were poor or otherwise disadvantaged. Now the mandate needs to go, so that consumers and the marketplace are the ones who decide the future of ethanol.

Instead of fostering a system that enables people to help themselves, America is now saddled with a system that destroys value, raises costs, hinders innovation and relegates millions of citizens to a life of poverty, dependency and hopelessness. This is what happens when elected officials believe that people’s lives are better run by politicians and regulators than by the people themselves. Those in power fail to see that more government means less liberty, and liberty is the essence of what it means to be American. Love of liberty is the American ideal.

If more businesses (and elected officials) were to embrace a vision of creating real value for people in a principled way, our nation would be far better off—not just today, but for generations to come. I’m dedicated to fighting for that vision. I’m convinced most Americans believe it’s worth fighting for, too.