The Islamic Jihadist Mentality: Few Westerners “Get it.”

Some of these threats (and much of the violence in the real world) come from Islamic Jihad. Increasingly, Thriller writers are finding the real world crashing into their novels, and are even coming under political attacks because of this.

“A promising young army major had visited his Arab friends for dinner, only to find the bodies of the entire extended family neatly laid out in their front yard with their severed heads carefully placed next to the bodies. The mother, father, and three children were all dead, plus the wife’s aged grandmother and sister who’d lived with them.

Josie helped the special ops teams find the jihadist death squads who’d killed the family and, more important, the ones who had given the orders, all the way up to a top AQ leader hiding in a cave in Pakistan hundreds of miles away. That one had rated a special air strike that brought down a mountain.”

These words are fiction, from my novel intended to entertain. But the story that inspired it comes from a friend who served in Iraq commanding an Army Engineering unit.

His mission was repairing destroyed power stations, schools, waterworks, sewage plants, and the like. This National infrastructure was a main target for terrorists. Much like crashing airliners into office buildings, such attacks spread terror and made people feel helpless.

My friend’s Army unit was under constant attack for the “sin” of trying to repair a shattered country. He often used Iraqi contractors, and one night he was invited to dinner at the home of one who with a good work ethic who had become a friend. When he arrived, he found bodies of his friend and his friend’s family as is described in the scene above.

My friend was never sure, but he thought he might have accidentally helped the bad guys target his friend. How? He’d given the kids some candy. Perhaps the jihadists noticed.

I spent some time working in the Middle East (pre 9/11/2001), in Egypt. I found the Arabs to be nice people, and perhaps the best hosts I have experienced anywhere in the world. They live in a harsh world and if you are their guest, they treat you well and are honor bound to protect you.

I was there at a time when Cairo was on the “dangerous places list” and Americans were advised not to visit. Unfortunately, that warning from the State Department went up just as I was leaving on my engagement. I had taken an advance and promised to go, so I did.

When I arrived, it was a bit “spooky.” My host company told me to never go anywhere without having their Arab Employees with me. I did so, felt safe, had a good visit, and learned a lot.

(No, I would not go back in the post-Benghazi Obama era. Interestingly, Egypt, a nation of Muslims, has the Muslim Brotherhood flagged as a terrorist organization and is putting them in prison. Obama, conversely, has Muslim Brotherhood agents at high levels in his Administration. Hillary’s Deputy Chief of Staff had close family connections at high levels within the Muslim Sisterhood and Hamas.)

The book Lone Survivor describes a more intense encounter in Afghanistan, one where an entire SEAL team was destroyed. The sole survivor, Marcus Luttrell, lived only because a Pashtun Village took him under their protection. As a matter of honor the village elder and his family put their lives on the line to protect him. The entire village put itself at risk to protect a stranded visitor.

I am not an Islamophobe, but I do think the conflict with jihadist Islam is fundamental, and something that America has not (both political parties)handled well. As the good Doctor says below: “It is not a territorial conflict. This is a civilizational conflict, or rather a war between civilization & barbarism.”

Bush’s invasion of Iraq was a mistake, but Obama’s “Arab Spring” and denial has that entire part of the world in flames. Link.

The jihadists are winning, America is at risk, and regional war, or worse looms. We need better leadership, and a public awareness and mind set that has less political correctness and more ability to deal with terrorists.

Bluntly, jihadists exist to kill. They kill each other, and they kill infidels. They have been doing this for over 1,000 years, so legalist process or conventional warfare is, in my opinion, not likely to deter them.

It is really hard for western society to understand this kind of thinking. It is counter to civilized understanding.

The Arab Mentality… From an M.D. at Hadassah Hospital in Israel 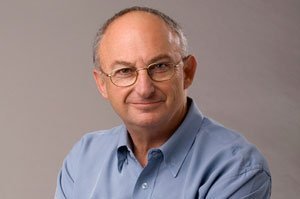 I was instrumental in establishing the Israeli National Skin Bank, which is the largest in the world. The National Skin Bank stores skin for every day needs as well as for war time or mass casualty situations. The skin bank is hosted at the Hadassah Ein Kerem University hospital in Jerusalem where I was the Chairman of plastic surgery.

This is how I was asked to supply skin for an Arab woman from Gaza, who was hospitalized in Soroka Hospital in Beersheva, after her family burned her. Usually, such atrocities happen among Arab families when the women are suspected of having an affair. We supplied all the needed Homograft for her treatment. She was successfully treated by my friend and colleague, Prof. Lior Rosenberg and discharged to return to Gaza.

She was invited for regular follow-up visits to the outpatient clinic in Beersheva. One day she was caught at a border crossing wearing a suicide belt. Her mission was to explode herself in the outpatient clinic of the hospital where they saved her life. It seems that her family promised her that if she did that, they would forgive her.

Bibi (Netanyahu) gets it, Obama does not. I have never written before asking to please forward onwards, so that as many as possible can understand radical Islam and what awaits the world if it is not stopped. Dr. Arieh Eldad

2 Responses to The Islamic Jihadist Mentality: Few Westerners “Get it.”