Phony Scandals, or a Phony President?

Isn’t it ironic that we have a phony President of the United States complaining about the “phony scandals” he claims were created by those who dare to oppose him and his dictatorial regime? There is nothing phony about the death of Border Patrol officer Brian Terry as a result of the Fast and Furious scandal and there is certainly nothing phony about the massacre of Ambassador Chris Stevens, Sean Smith, Tyrone Woods, and Glen Doherty by Islamist terrorists in Benghazi.

There is also nothing phony about a powerful federal agency, the IRS, using its power to intimidate conservative and Christian political organizations and donors in order to help Obama get reelected. Nor was the fact that the Attorney General of the United States lied while under oath to a congressional committee investigating the efforts of the DOJ to intimidate members of the news media. Yet, Obama, members of his corrupt administration, and many of his protectors in the mainstream media continue with the narrative. They remind me of the police officers at a crime scene telling the public to move on, there is nothing to see here.

The reality is there is much more to see than initially meets the eye. When I refer to Obama as a phony President I am not just talking about the many unanswered questions about this man’s background. We know less about him than any other President in recent history, and he appears to lie about things even when he is aware that most people know he is lying. However, he is a phony President primarily because he took an oath of office to preserve, protect, and defend the Constitution and is doing exactly the opposite.

Regardless of where he was born, Obama is not an American because he does not believe in our Constitutional form of government, our free enterprise system, or even the basic freedoms guaranteed by the Bill of Rights. He routinely takes actions that are contrary to the authority given to him as President of the United States. He bypasses Congress by making laws through illegal Executive orders; he refuses to fulfill his Constitutional duty to enforce those laws passed by Congress, and he uses the departments of the Executive Branch to bully, intimidate, and silence American citizens and businesses. He also is trying to use the executive orders to take away our Second Amendment rights.

He encourages class warfare and racial hatred among Americans while steadfastly protecting and defending the radical elements of the Muslim brotherhood and other terrorist groups. Why do you think that no one has been arrested or killed in response to the Benghazi attack? We know who they are yet Obama refuses to act against them, probably for the same reason that he refuses to acknowledge murderous acts by Muslims as acts of terror.

When he was first running for President, Obama told an adoring crowd of union members that after he was elected he would reward his friends and punish his enemies. He has fulfilled his promise, but unfortunately his enemies seem to be all of the American people while his friends seem to be those that would destroy us. Remember, the Constitutional definition of treason includes giving aid and comfort to the enemies of the United States.

As a Constitutional lawyer I am well aware that the oath of office that I took as an army officer and that Obama and all members of his cabinet took is not supposed to be taken lightly, much less ignored. In fact, under federal law, the very act of advocating the overthrowing our Constitutional from of government is a criminal offense. Obama and his minions are doing much more than just advocating the overthrow, they are actually making it happen. 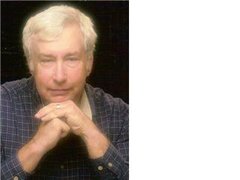 I have written several articles on this blog about Obama’s impeachable offenses, but I Am going one step further. What Obama is doing to this country and to its citizens is a violation of two federal statues 5U.S.C. 7311 and 18 U.S.C. 1918. In short, Obama is a criminal and so are many of those who work for him. They should be prosecuted and jailed.

This also means that no state, county, or city officials have any obligation to enforce illegal actions taken by Obama as President and no American citizen is required to obey them. It is time for all of us to “Stand Our Ground”.

Sign up for John's Mail lists
Free Newsletters and Action Notes
This entry was posted in Constitution & Gov and tagged Dark Side, Tyranny. Bookmark the permalink.

1 Response to Phony Scandals, or a Phony President?