The Greatest Security Threat to America? Power Down: A Nasty Way to Die.

Consider this harrowing scenario for a Thriller Novel: A leftist Progressive is elected President, a professor from an Ivy League University who is swept into power by a coalition of the needy and the elites. He turns America’s focus to wealth redistribution and social welfare. He defunds the military, shuns the Constitution, turns away from American Exceptionalism, and adopts a foreign policy of non-confrontation and neutrality.

The nation’s richest man, who is at the nexus of business and the military, is severely wounded in a bold assassination attempt.

Anthrax cultures are cultivated in a covert lab 6 miles from the White House, and then used in a biowarfare attack against targets in three cities.

The president is informed by an anxious adviser that “attempts will likely be made to blow up waterworks, electric lights and gas plants, subways, and bridges in cities like New York.”

In response, an overwhelmed federal government turns to local and state law enforcement, and an elite team is quickly assembled to find the terrorists. It’s a manhunt that takes….

A possible novel, perhaps, but at best a B-grade movie and likely one what would never be made. Why not? Because today such a tale would touch raw nerves and be attacked as being partisan, racist, and paranoid about dangers that do not exist in the real world.

No matter, as the plotline points above are but the lynchpins of a true story — from 1915. The President at the time was Woodrow Wilson.

What is America’s Achilles Heel? The soft spot for a type of attack that could allow a weaker enemy to cause massive death and shut down our country? It is Energy – and especially our Power Grid.

The KGB under Stalin recognized this as far back as the 1950s, and by the 60s it had helped to start the environmental movement we now know as “Global Warming.”

When President Obama promised to bankrupt coal-fired plants, he neglected to mention that Coal made up the greatest component of power for the grid. It was about 74% before Obama took office (2007), but is now down to about 37% (2012), replaced by more expensive, less reliable sources. Obama’s War on Coal has been successful.

Can you say, “Solyndra?”

Today our grid is still working, but stressed. There is little safety margin or excess capacity. The one bright spot is the unexpected emergence of Natural Gas, which does help me believe that “God protects fools and Americans.” 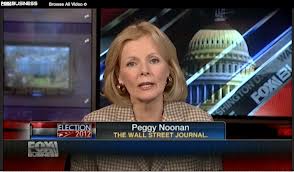 “Welcome to my obsession. It is electricity. It makes everything run—the phone, the web, the TV, the radio, all the ways we talk to each other and receive information. The tools and lights in the operating room—electricity. All our computers in a nation run by them, all our defense structures, installations and communications. The pumps at the gas station, the factories in the food-supply chain, the ATM, the device on which you stream your music—all electricity. The premature infant’s ventilator and the sound system at the rock concert—all our essentials and most of our diversions are dependent in some way on this: You plug the device into the wall and it gets electrical power and this makes your life, and the nation’s life, work. Without it, darkness descends.

Because this is so obvious, we don’t think about it unless there’s a blackout somewhere, and then we think about it for a minute and move on. We assume it will just be there, like the sun.

But this societal and structural dependence is something new in the long history of man.

No one who wishes America ill has to blow up a bomb. That might cause severe damage and rattle us. But if you’re clever and you really wanted to half-kill America—to knock it out for a few months or longer and force every one of our material and cultural weaknesses to a crisis stage—you’d take out its electrical grid. The grid is far-flung, interconnected, interdependent, vulnerable. So you’d zap it with an electromagnetic pulse, which would scramble and fry power lines. Or you’d hack the system in a broad, sustained attack, breaking into various parts, taking them down, and watching them take other parts down.”

Well, guess what? Our vulnerable power grid, a year ago, suffered an expert enemy attack. This went unnoticed until recently when some of the media on the Right finally caught wind of it.

The Obama FBI said through a spokesman in San Francisco, that “the bureau doesn’t think a terrorist organization launched the attack.” PG& E put out a News Release attributing the attack to the work of vandals.

Others differ. Experts from the U.S. Navy’s Dahlgren Surface Warfare Center in Virginia, which trains the SEALs, have been quoted as saying this looked like a professional job. Ms. Noonan’s column in WSJ discusses this, with evidence including over 100 shell casings of the kind ejected from AK-47s that were found, all free of fingerprints. Small piles of rocks were found at key shooting spots where they could have been left by an advance scout.

The surveillance video is, in my view, noteworthy for what it does NOT show. All you see is a signal flash followed by bullet strikes. Here is the official full video. The shots were fired over the space of about 1 minute, ten seconds. 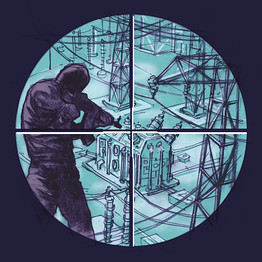 War On Terror: New information about a sniper assault on Silicon Valley’s phone lines and power grid has raised fears that the nation’s power grid is vulnerable to terrorism.

The prospect that the unsolved attack on an electrical substation near San Jose just hours after the Boston Marathon bombing in April could have been a terrorist act was raised anew last week by Jon Wellinghoff, former chairman of the Federal Energy Regulatory Commission.

“This is the most sophisticated and extensive attack that’s ever occurred on the grid to my knowledge,” he told the Associated Press, contradicting FBI denials that terrorism was involved. “I don’t know what the definition of terrorism is other than when an extremely well-trained group attacks a major piece of infrastructure in an expertly planned attack.”

Wellinghoff also mused recently that the attack might have been a dress rehearsal for a more widespread attack on a national grid vulnerable to disruption. “There are ways that a very few number of actors with very rudimentary equipment could take down large portions of our grid,” he told Foreign Policy. “I don’t think we have the level of physical security we need.”

An attack by intruders with guns and rifles could be just as devastating as any cyberattack, he said.

The Wall Street Journal reported on Thursday that in just 19 minutes, gunmen fired more than 100 rounds into substation equipment, disabling 17 of 20 big transformers, causing about $16 million in damage.

Last October, former CIA Director Jim Woolsey said a video showed three or four men carried out the attack in a “disciplined military fashion,” systematically firing their weapons and “quickly and professionally disposed of everything they had.” This was no mere act of “hooliganism,” he said, but rather “a systematic attempt to take down the electric grid.”

“These were not amateurs taking potshots,” Mark Johnson, a former vice president for transmission operations at PG&E, said last month at a conference on grid security. “My personal view is that this was a dress rehearsal” for future attacks.

Part of the problem is a porous southern border through which what the Border Patrol calls OTMs (other than Mexicans) cross in significant numbers. If the cartels can smuggle drugs and people into America, Hezbollah and al-Qaida have to know they can smuggle in trained terrorists. Politicians like to talk about repairing infrastructure. How about protecting it?

So what happens next? We’ll have to wait and see, but my guess is that this cat is out of the bag and we’ll be hearing more about this.

Were there other such attacks on the grid? Possibly.

For one thing, Portland, OR in early December 2013, suffered an odd power outage when an underground transformer “exploded.” This took out power to the industrial center of Portland for several days, including the Municipal Offices and Courthouse, but reports were local, minimal, and had a tone of unconcern. Still, if there have been other attacks, I expect it will eventually come out.

Then, of course, there is the “Never Waste a Crisis” strategy, which has been so successful in expanding the size and power of Federal Government. Just as 9-11 spawned a new massive bureaucracy, TSA, which some fear threatens to morph into a Federal Police Force, attack on our power could be exploited to advance political agendas.

This I’d deem likely. There are already signals that the government would like to arm TSA, provide military vehicles, and have it in our shopping malls. So far these have been resisted, but….

One more thing. After 9-11 Congress overwhelmingly passed a law to prevent any with known terrorist connections from getting visas or being allowed to immigrate to America. President Obama has just issued an Executive Order which bypasses Congress and this law. He instructs the Federal Bureaucracies to allow such immigration.

Some with an intimate knowledge of radical Islam, people like Colonel Allen West, are expressing grave concern about this order, but Obama has just quipped, “I can do anything I want.” His Executive Order stands unless or until Congress or a Federal Court takes action to quash it. From Benghazi to Boston (and Fort Hood) those involved in attacking Americans are NOT being treated as terrorists. That’s the policy.

Congress held hearings, and it is now clear that there will be NO Federal help coming in the event of an attack (either an EMP attack or local physical attacks) on America’s power grid. However, one state has passed laws to deal with this.

What will come out of all this is speculative and unknowable, but two things I know. You will be hearing more about these things, and an enemy attack on our power grid is featured in my next novel, Raven’s Run, which is due out by the Fall.

We live in interesting times.

Sign up for John's Mail lists
Free Newsletters and Action Notes
This entry was posted in Constitution & Gov, Military, Non-Fiction, Novels and tagged Dark Side, Educational. Bookmark the permalink.

1 Response to The Greatest Security Threat to America? Power Down: A Nasty Way to Die.